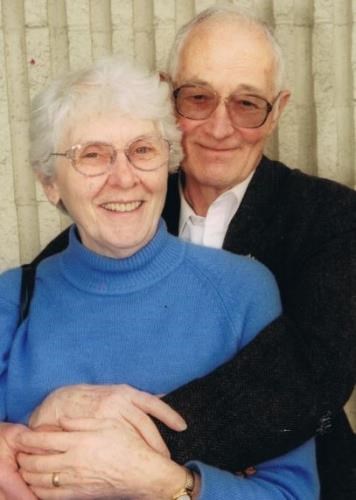 BORN
1929
DIED
2021
FUNERAL HOME
Riplinger Funeral Home & Crematory - Spokane
4305 N. Division St.
Spokane, WA
Care passed to her Savior, Jesus Christ, on July 12, 2021. Arleen June Fiedler was born in Sterling, CO June 13, 1929 to John and Kathryn Stumpf. She was baptized in a German congregational church and continued as a member until World War II. There were strong feelings against Americans speaking German during that time so the family decided to move to Ft. Collins, CO and attend an English speaking Lutheran church. Arleen's family joined the American Lutheran church where she was confirmed and remained a member until the family's move to California in 1948.

Arleen was a farm girl and all that entailed; chores, chores and more chores!

She and her family joined St. Paul's Lutheran Church in Woodland, CA. where she met her future husband, Duane, in Walther League activities. They married there on March 5, 1950 and their three children were baptized and confirmed there.

Memorial gifts may be made to Hope Lutheran Church in Spokane Valley, WA. A memorial service is pending. Guestbook: www.riplingerfuneralhome.com

"TOGETHER AGAIN"
Published by Spokesman-Review on Jul. 18, 2021.
To plant trees in memory, please visit the Sympathy Store.
MEMORIAL EVENTS
To offer your sympathy during this difficult time, you can now have memorial trees planted in a National Forest in memory of your loved one.
Funeral services provided by:
Riplinger Funeral Home & Crematory - Spokane
MAKE A DONATION
MEMORIES & CONDOLENCES
0 Entries
Be the first to post a memory or condolences.