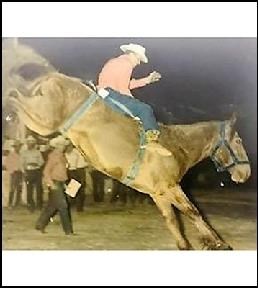 BORN
1933
DIED
2019
JONES, Bert Verl (Age 86) January 15, 1933 - March 22, 2019 Bert Verl Jones was born in Blackfoot, Idaho during the winter of 1933 to Verl and Lottie (Crosby) Jones. He was the third child of a family of ten brothers and sisters. He left us on March 22, 2019 to begin, we pray, his forever walk with his Heavenly Father. Bert grew up with hard working farmer/rancher parents. Things needed to be done every day and sometimes more work needed to be taken on to make ends meet. This work ethic honed his life career as an electrician/welder. He took this work very seriously as witnessed by the exactness of wiring layout in an electrical panel or in the precision 'row of dimes' in an arc weld. He travelled coast to coast and as far north as Alaska to apply his trade. He dabbled in various other jobs during his younger years; working in the woods, operating a shake mill, but the call was always back to his union crafts. He was also the 'last cowboy' in the Jones family. His younger days were spent around rodeo stock, riding bulls and bareback horses. He also did some calf roping but his favorite, or as he would say it 'what's in your blood' was the bareback horses. Others in his family have kept the spirit of the west alive by keeping horses and participating in rodeo events. Bert and former wife Donna (Caprai) had four children; Laurie, Claudia, Shawn and Wesley. His 'kid at heart nature' was amplified with the arrival the four children and then grandchildren (seven) and great-grandchildren (11). His job on their arrival, until the end of his days, was to be their Dad and Papa and promote whatever mischief was at hand, flying kites, fishing, trap shooting, picking them up from school, attending a basketball game, going to a rodeo or just sitting and talking. Likewise, he had numerous nieces and nephews as well as great nieces and nephews who had his love an attention as often as he could see them. Each one can tell a story about Uncle Bert. Bert was preceded in death by his parents, three sisters, two brothers and his eldest son Shawn. He was, in many ways, a simple man with simple needs. He had his opinions and shared them, sometimes with volume. His family was above all else. His passing leaves a large whole in the spirit of the family. As we move forward it will be the memories of him and what he did everyday to make things look better than they were and events brighter than they were dull, that will fill that void.
To plant trees in memory, please visit our Sympathy Store.
Published by Spokesman-Review on Mar. 27, 2019.
MEMORIAL EVENTS
No memorial events are currently scheduled.
To offer your sympathy during this difficult time, you can now have memorial trees planted in a National Forest in memory of your loved one.
MEMORIES & CONDOLENCES
1 Entry
I'm sorry for the loss of your loved one. My heartfelt sympathies go out to the family and friends during this difficult time. I hope that the promise in 1 Thessalonians 4:14 can bring comfort. Knowing that there's a hope for the ones we have lost in death can be so reassuring.
Jose M
March 27, 2019
Showing 1 - 1 of 1 results