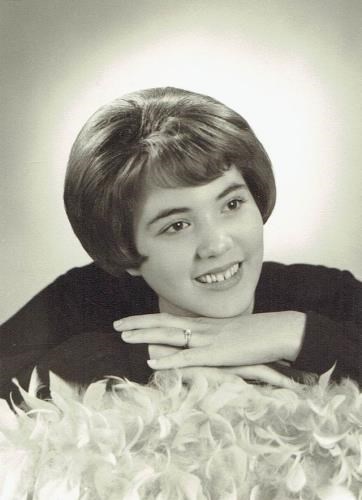 Carol passed away June 14th after battling various health issues the last few years. Carol was born on October 3, 1944, to Willman and Theresa Schaefer, raised in the Glass Park neighborhood and was a Spokanite her entire life. She graduated from Rogers High School as an honor student who was proud of being a Pirate and consistently attended school reunions (which she worked on tirelessly) for many years. After high school, she went on to graduate from Kinman Business University. For numerous years, she ran a successful daycare business out of her home while also raising three kids of her own. Carol then joined the Nine Mile Falls School District where she worked in their district finance office as the lead bookkeeper for over 28 years.

During her high school days, she met and fell for her future husband Ross with the '57 Chevy at Eddie's Sno-Cap Drive In where she worked as a car-hop. It was a story the family knew well. They eventually married in August of 1965 and began their 55-year marriage in north Spokane.

Carol was all about family. She bent over backwards to make sure her three children had everything they needed, and she was proud of how each of them chose their own paths of success. She also was an enormous part of her grandchildren's lives and their development. She spent hundreds of hours with them at games, plays, concerts, and buffets as well as taking care of them during many days and nights. Laurie, David, Thomas, Erin, Conner, and Avery meant the world to her, and she was actively involved in their lives. Like her own kids, she encouraged them to be who they wanted to be, and she truly loved being involved with their growth and development.

Following the raising of her children, Carol was also actively involved with Spokane Humane Society. She donated countless hours securing donations to help with the annual Humane Society auction which was a signature event for her each year. Stray animals were known to be attracted to the black corner house in Northwest Spokane. When not dealing with new animals, she enjoyed re-watching her favorite movies, attending concerts, garage sales and auctions, celebrating every family birthday and decorating for her two favorite holidays, Halloween and Christmas. Carol "never met a stranger" and she loved to visit with anyone she encountered.

The last few years were difficult for Carol as she moved into a nursing home in 2018 due to various health conditions. She did not complain, and each visit always included "I am getting a dog when I get out of here" and was finished with "onward and upward."

Carol was preceded in death by her parents and brother Ron Schaefer (Dianne). Carol is survived by her husband Ross; three children - Tom Yearout (Julie), Patrick Yearout, and Julie Kautzman (Paul). She also is survived by six grandchildren previously mentioned as well as two great-grandchildren. Carol's family would like to thank the staff at Royal Park Nursing Home who loved our mom and our family and did all they could to give her the care she truly deserved.