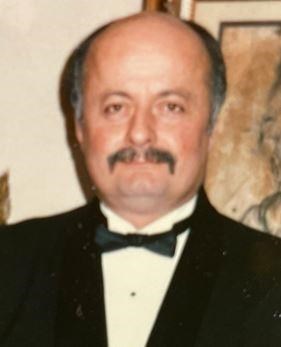 Chuck served in the US Coast Guard, received his AA degree and became a draftsman. He worked at his parents' cycle shop, Empire Cycle, but devoted the majority of his life to B&B Distributors, later known as King Beverage for 32 years. Chuck, better known as "Chuckweiser" worked his way up to become a salesman, won many trips and awards, including Salesman of the Year which he was so proud of. Chuck was a fanatic at rotating beer and obtaining as many handles as he could to be the best salesman out there. Many would agree that he was.

His love for NASCAR was overwhelming and everyone knew not to call him on a Sunday during the race. When Dale Earnhardt, Sr. died in a fiery crash, Chuck mourned as if it was his best friend. It was never half way with Chuck – it was either all or nothing.

Chuck was preceded in death by his parents, David and Dolores Hardin. He leaves behind son and daughter-in-law Chuck and Anisse Hardin of Spokane and ex-wife and lifelong friend Mickey Hardin of Dothan, AL and several cousins.

No service is planned at Chuck's request. He always said "no one would come anyway". Little did he know, he would have filled the Church. Donations can be made to the Spokane Animal Shelter.

To share memories of Chuck, visit his Tribute Wall at www.HennesseyValley.com.
To plant trees in memory, please visit our Sympathy Store.
Published by Spokesman-Review on Jul. 18, 2021.
MEMORIAL EVENTS
No memorial events are currently scheduled.
To offer your sympathy during this difficult time, you can now have memorial trees planted in a National Forest in memory of your loved one.
Funeral services provided by:
Hennessey Valley Funeral Home & Crematory
MEMORIES & CONDOLENCES
1 Entry
Thank you for your service to our country. Rest In Peace.
Washington State
July 21, 2021
Showing 1 - 1 of 1 results