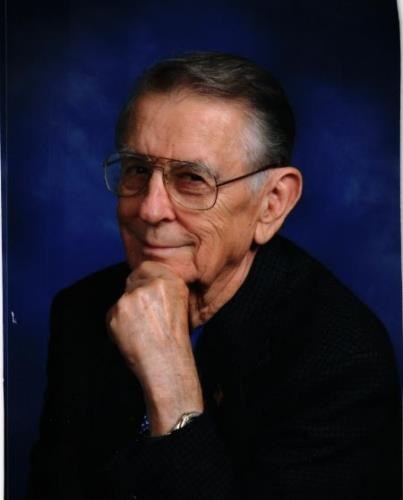 Dana was born on the family farm near Laura, Ohio to Treva Leiter Besecker and Dr. Lester Besecker. Dana and his brother Robert moved west with Lester's military assignments. In 1939, Lester visited Kaslo, British Columbia and eventually settled there. Dana graduated from Kaslo High School in 1947. It was in Kaslo he met the love of his life, Mary Dawson. Mary's grandmother lived down the street and they first met when Mary was 12.

After high school, Dana and his brother, Robert attended Gonzaga College in Spokane, Washington. Mary attended Eastern College in Cheney, Washington and the two often got together for social events. They married December 28, 1951, in Okanogan, Washington and moved to Spokane to begin their careers as educators.

Survivors include his daughters Kathy Anderson and Elaine Schaub (Jim); grandchildren Conor (Callie), Melissa (Michael), and Camas; great-grandchildren Murphy, Liam, and Scarlet. He was predeceased by his parents, brother, three nephews, and his wife Mary of 57 years.

No memorial service is planned.
Published by Spokesman-Review on Sep. 19, 2021.
To plant trees in memory, please visit the Sympathy Store.
MEMORIAL EVENTS
To offer your sympathy during this difficult time, you can now have memorial trees planted in a National Forest in memory of your loved one.
MAKE A DONATION
MEMORIES & CONDOLENCES
1 Entry
My condolences to the Besecker FamilyDana and I enjoyed a lot of activities together at Fairwood for many years, and I observed how engaged he was in doing all activities at the home and excelling in them as well. Dana was truly a good friend of mine. I called him on a few occasions while he live his last years in Montana. My dear friend will be missed
Sheri Maier
Friend
September 19, 2021
Showing 1 - 1 of 1 results