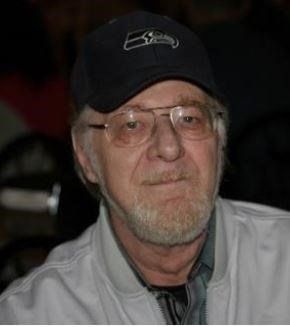 David James Skjonsby was born in Fargo, North Dakota January 15, 1942. He was born to Clarice (Boyer) Skjonsby and Willard Owen Skjonsby. David grew up on the family farm near Walcott. Later, he attended Fargo Central High School and Bellflower High School. As he neared high school graduation, David volunteered for the United States Air Force. While enlisted, he served in the United States and the Philippines. David was a proud Vietnam Era Veteran (serving 1959 to 1963). After his honorable discharge, he attended Moorhead State University (now Minnesota State University Moorhead) and earned his Bachelor of Arts degree in Psychology/Sociology with honors.

He lived an adventurous life across many states as a father, a humanist, and a renaissance man. In roles such as Counselor, Therapist, and Executive Director, he fought for social justice, legal reform, and a better understanding of the mentally ill and chemically addicted. He made a difference in the lives of hundreds of clients throughout his career. He loved good books, good films, and knew how to make Norwegian lefse.

He is survived by two children and two grandchildren. His first child, Cindy Lane, lives in Bradenton Beach, Florida. His second child, John Davidsson, and his grandchildren Alex and Aidan, reside in Lake Stevens, Washington. David leaves a lasting legacy of solid children and grandchildren.

In his final year, David battled cancer before passing under the care of Horizon Hospice and Cherrywood Place. He had 79 good years, and he did not pass alone-family surrounded him in his final days. He will be missed.

A full Veteran's Memorial Service will be held at the Washington State Veteran's Cemetery in Medical Lake, Washington, at a later date, along with a service at Heritage Funeral Home in Spokane. Memorials to cancer fund of choice.
To plant trees in memory, please visit our Sympathy Store.
Published by Spokesman-Review on Jul. 18, 2021.
MEMORIAL EVENTS
No memorial events are currently scheduled.
To offer your sympathy during this difficult time, you can now have memorial trees planted in a National Forest in memory of your loved one.
Funeral services provided by:
Heritage Funeral & Cremation
MEMORIES & CONDOLENCES
1 Entry
Thank you for your service to our country. Rest In Peace.
Washington State
July 21, 2021
Showing 1 - 1 of 1 results