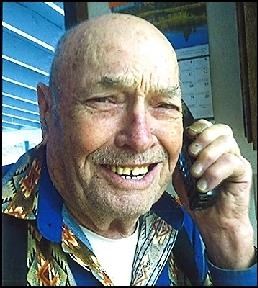 BORN
1934
DIED
2021
FUNERAL HOME
English Funeral Chapel
1133 N 4th Street
Coeur d'Alene, ID
GAGE, Don Eldon (Age 86) Don passed away January 9, 1921 at 6 p.m. after a long battle with Alzheimer's. He was born in Alicia, Arkansas January 10, 1934 to Millard and Cecile Gage. Don served four years in the U.S. Navy as Aviation Machinist's Mate R Third Class. He is survived by his wife of 56 years, Nancy. Also his daughter Geneva Ruth Dawson, son Donald Gage, grandson Calvin Frazier, sister Janet Lawson, and niece Jorie Gains. Don was preceded in death by his brother Jack, and sister Peggy. Don and Nancy moved to Coeur d'Alene from western WA. In 1972, Don built several homes and apartments in the area as a general contractor and developed multiple properties. Don was a private pilot and a beer drinker. There will be no services at this time. Please view and sign Don's guestbook at www.englishfuneralchapel.com
Published by Spokesman-Review on Jan. 13, 2021.
To plant trees in memory, please visit the Sympathy Store.
MEMORIAL EVENTS
To offer your sympathy during this difficult time, you can now have memorial trees planted in a National Forest in memory of your loved one.
Funeral services provided by:
English Funeral Chapel
MAKE A DONATION
MEMORIES & CONDOLENCES
2 Entries
As my favorite uncle, Don always had a hug and a silly joke to share. I valued his experience in life and his wisdom. Don was an honorable man, something very rare today. He said what he meant (which was sometimes uncomfortable to hear) and he meant what he said. To quote his favorite poet Robert Frost "We love the things we love for what they are". And I loved this special man.
Jorie Gaines
Family
January 13, 2021
Thank you for your service to our country. Rest In Peace.
Washington State
January 13, 2021
Showing 1 - 2 of 2 results