It is with great sadness that we announce the death of our beloved husband, father, grandfather and friend, Duane Lee Marshall. Duane passed away on May 18, 2021 after a six-year battle with Parkinson's Disease and all of its terrible complications.

Duane was born in Kalispell, Montana on September 11, 1942 to Leonard and Corlea Marshall. He was a farm boy at heart and grew up on a diversified farm located on the shores of the Flathead River, with a spectacular view of the Rocky Mountains. The farm had been in the family for four generations. It was settled by his Marshall ancestors who came from Coffeeville, Kansas looking for good farm land in 1910. There his solid character was built and he learned to work hard, be efficient and innovative and live life with patience and wisdom. Like most farmers, he was a problem solver and could fix anything. He and his brother, Terry, spent their few hours of relaxation fishing and swimming off the old ferryboat that operated at the edge of the farm. He was very active in the Nazarene church which had been started by his Nees grandparents who

were both ministers and had started many churches in Montana. He attended a two room school house until he went to Flathead County HS where he received numerous awards, was elected to Boy's State and served as his Senior Class Vice President. He was active in 4-H and FFA and although he dreamed of farming some day, he decided to pursue a career in agricultural business or banking.

After a year at NW Nazarene College, he transferred to Washington State University where he received bachelor's and master's degrees in agricultural economics and business. After graduation, he joined the Spokane Bank for Cooperatives (SBC) as a business analyst in 1965. During that time, he completed a 13-week program for management development at Harvard University's Graduate School of Business. In his nineteen-year tenure with the SBC, he served in a number of credit, financial, and administrative capacities, including corporate secretary, vice president, treasurer, executive vice-president, and president of the SBC from 1983-1985. Following the formation of joint-management of the three Farm Credit Banks in 1985, he served as senior vice-president-corporate and administrative services including human resources/planning and legislative /public affairs. In 1989, he was designated senior vice-president-credit and corporate services for the newly established Farm Credit Bank of Spokane. Duane retired in 1994 at the time of the bank's merger and move to Sacramento.

Duane was active in many aspects of agricultural banking serving as a board member for the Farm Credit System Funding Corporation located in New York City. He was a member of the Education Committee of the National Council of Farmer Cooperatives; a member of the Board of Agriculture Cooperative Development International in Wash. DC; a board member of Spokane Unlimited and a member of the Citizen's Advisory Committee for the WSU-Spokane branch campus. He was also a member of the Board of the American Institute of Cooperatives. He was a proud WSU Cougar and served on the WSU Advisory Council for the College of Agriculture and Home Economics for a number of years. He also served as the first president and charter board member of the WSU Agricultural Alumni and Friends Association. In 1983, he received an alumni achievement award for his activities and contributions to development of university education programs. He was also active in Spokane civic activities and was one of the early graduates of the Leadership Spokane Program. He also played a key role in the establishment of the Washington State Ag Trade Center in Spokane and was chairman of the Review and Comment Committee of the Spokane County Comprehensive Health Planning Council. After retirement, he realized his boyhood dream of farming; taking over the family farm for the next sixteen years while caring for his aging parents. He divided his time between Kalispell and his home in Spokane.

Duane was well liked and respected by family, friends, and anyone who knew him. He could talk to anyone and made friends wherever he went. He was humble, positive, caring and generous. He had a wonderful sense of humor and was a consummate punster and gentle practical joker. He loved his family and was our anchor. He was much loved and his passing has left a huge hole in our lives.

A memorial service will be planned at a future time. If you would like to attend please send your name and contact information to [email protected]. Donations may be made to the American Parkinson's Disease Assoc. and The Michael J. Fox Foundation 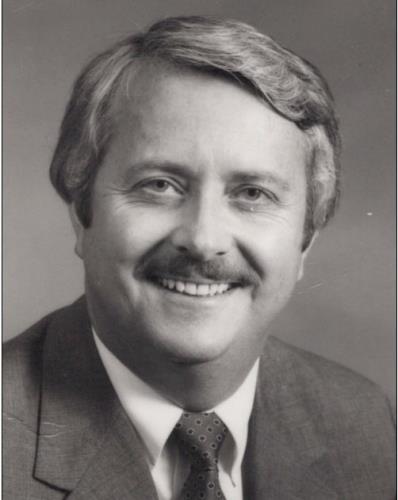 Published by Spokesman-Review on Jul. 25, 2021.
To plant trees in memory, please visit our Sympathy Store.
MEMORIAL EVENTS
To offer your sympathy during this difficult time, you can now have memorial trees planted in a National Forest in memory of your loved one.
MAKE A DONATION
Please consider a donation as requested by the family.
MEMORIES & CONDOLENCES
1 Entry
Dear Patsy and family. We were so sad to see Duane had passed away . I have such great memories of him and he was such a nice nice man. I´m so glad that I got to know him and his beautiful family. Hugs to you all. Christie
Christie Allen
Work
July 26, 2021
Showing 1 - 1 of 1 results