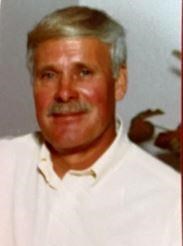 Ed passed away peacefully on August 30, 2021. He was born October 16, 1935 in Spokane, WA to Edmund and Bernice Carlson. A lifetime resident of Spokane, Ed graduated from North Central H.S. in 1953. At a high school dance he met Pauline Laney. Before long they were married in 1955 and started a family. In 1956 Steven Dale was born. Four years later they welcomed a daughter, Lori Kay. They talked about wanting four boys since they were each from a family of all sisters. But once their baby girl came along, they realized one of each was the perfect family. Ed served for six years in the US Navy Reserves. He held the love for his country dear as he did with all things that were most important to him.

Ed was a journeyman plumber his entire career of 45 years. Highly respected and sought after in his field. He was known to be a perfectionist and a hard, hard worker. Outside of work, he had multiple skills that he was happy to share with whoever needed a hand. He could build or fix anything! He restored and painted cars. Any ding or dent on his family or friend's cars would not go unfixed. He liked things to look nice! We all appreciated that. His yard was another pride. Always green and manicured. Ed took pride in all his possessions. He routed signs as well for many apartment buildings and businesses around Spokane. He loved motorcycles and owned many over the years. Taught his wife and kids to ride. It was a fun family past-time. In 1974, he and Pauline bought property on Diamond Lake where they built a cabin (with the help of family and friends) Over the next 20+ years, their place at Diamond was the place to be in the summer. He would even create an ice rink for us to ice skate in the winter. Boating, skiing, water volleyball, horseshoes, playing cards in the shade of the Mother Lode built with railroad ties within the bank on the beach - all a big part of the fun at their lake place.

Ed played softball for many years back in the day. He also enjoyed bowling. A big Mariners and Seahawks fan, he and Pauline had many parties at their house to celebrate their favorite teams. As well as backyard parties, New Years and Bloomsday. They were just plain Fun people! He created a child's dream playground in the backyard complete with pool, playhouse, tree fort (on a telephone pole since they did not have a tree), and tetherball, to name a few. Steve and Lori's friends all wanted Ed & Pauline to be their mom and dad too. And they were gladly a second mom and dad to them all.

When you think of a life well lived, that is Ed Carlson's life. Up until the last few years or so. Losing their son Steve in 2012 and that darn thing called old age, took the best out of him. He was ready to join Steve and all those precious loved ones gone before. We have so much comfort in knowing he is now at peace.

Preceded in death by his parents, sister Marilyn, son Steve, son-in-law Russ, brother-in-law Larry, sister-in-law Barbara and nephew Curt. As well as countless dear friends. – Only a small family gathering will be held.
Published by Spokesman-Review on Sep. 19, 2021.
To plant trees in memory, please visit the Sympathy Store.
MEMORIAL EVENTS
To offer your sympathy during this difficult time, you can now have memorial trees planted in a National Forest in memory of your loved one.
MAKE A DONATION
MEMORIES & CONDOLENCES
2 Entries
Pauline and Lori, Sorry to hear about Ed, Thoughts and prayers to you both.
Wendy with Dr Hurley office
Other
September 22, 2021
Thank you for your service to our country. Rest In Peace.
Washington State
September 19, 2021
Showing 1 - 2 of 2 results