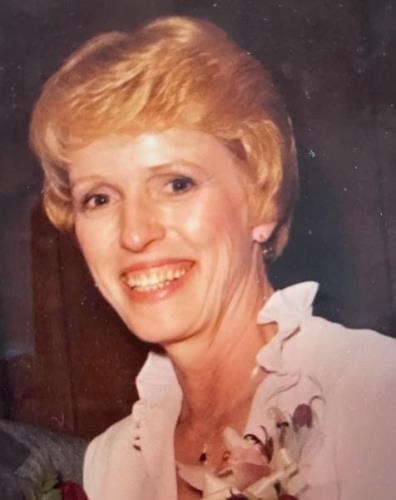 Elva June (Harlan) Dike Mote, 91, passed away on January 21, 2021 in Spokane, WA surrounded by loved ones. She was born in Colville in 1929, and grew up on a small farm with her ten siblings. Her family helped their neighbors during the depression by donating their cows' milk among other good acts. After graduating high school, she briefly worked for Raftus Law firm before moving to Moscow, Idaho to attend college. After some college, she worked for the WA State Patrol and it was there that she met her first husband, Ken Dike, an Electronics Communications System Technician with the department. They married in 1950. When Ken was drafted in the Korean War, they moved to WA D.C., then Seattle, finally settling in Spokane in 1953. Elva took a job at Hamblen, Gilbert and Brooks as a legal secretary. The family of five enjoyed many happy memories of summer road trips in their travel trailer, and other adventures such as skiing, hiking and camping. After their three children were older, Elva decided to teach children (as her mother – her role model – had), so she obtained her teaching degree and also a Masters of Education, both at Whitworth College. In 1969, she began teaching second grade at Pratt Elementary, then became a principal at Regal, Franklin and Balboa Elementary. Her achievements included starting a program for high achievers. She always felt the humanity in reaching needy children, and to treat and teach each child in her care as an important individual. In 1980, she met her second husband, Bill Mote, chairman of the Northwest Mining Association. They married in 1981. Both loved to entertain and Elva lovingly cooked gourmet meals for an extended family. The two traveled together to Japan, Taiwan, the Philippines and Europe. She was delighted to have experienced so many cultures and people, and to have seen the wonders of nature such as the midnight sun and historical landmarks such as the Berlin Wall right before its fall. Elva was active in the Spokane Mountaineers, did extensive committee chair work with the WA state legislature on behalf of the WA Principals Association and volunteered at CASA as guardian ad litem – an advocate for abused and/or neglected children. Elva loved walking with God – she attended Whitworth church for more than seventy years, serving as an elder, deacon and Stephen Minister. Above all, Elva's life was filled with faith in God, love of family, and service to her fellow citizens. She felt her life was "just what it was supposed to be" and that "a good name is better than great riches." She will be dearly missed by all those whose lives she touched.

Elva's Celebration of Life will be held on Saturday, August 21, at Whitworth Presbyterian church at 2pm in Quall Hall.

She was preceded in death by both husbands, her son, Roger Dike, and stepdaughter, Kris Mote. She is tenderly remembered by nieces, nephews, grandchildren and great-grandchildren.
Published by Spokesman-Review on Aug. 15, 2021.
To plant trees in memory, please visit the Sympathy Store.
MEMORIAL EVENTS
Aug
21
Celebration of Life
2:00p.m.
Whitworth Presbyterian church, Quall Hall
WA
MAKE A DONATION
MEMORIES & CONDOLENCES
0 Entries
Be the first to post a memory or condolences.