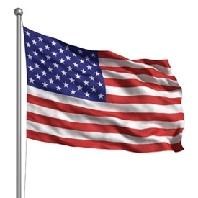 BORN
1928
DIED
April 29, 2021
FUNERAL HOME
Hennessey Valley Funeral Home & Crematory
1315 N Pines Road
Spokane Valley, WA 99206
BARTOL, Jack Earl (Age 93) Jack Earl Bartol, 93, passed away from natural causes on April 29, 2021, in Spokane Valley, Washington. He was born to Joseph and Emily (Allsopp) Bartol on February 4, 1928, in Seattle, Washington. At the age of 16, Jack joined the Merchant Marines, serving from 1944-1945. He then served in the U.S. Army from 1945-1946, delivering top secret mail. Jack graduated from Franklin High School in Seattle. He graduated Class of 1960 from Seattle University and was awarded the Wall Street Journal Award that year. He was chosen for his membership in the Alpha Sigma Nu National Jesuit Honor Society, where he served as president. He later graduated from Central Washington University in 1969 with an education degree. Jack married Lucianne Heidt in 1949 and together had three daughters: Charlanne, Elizabeth, and Mary Louise. He later married Jo Ellen Leslie in 1965 in Seattle. They were married for almost 56 years at the time of his passing. Jack was an officer at the Seattle Police Department from 1950-1960. He worked for State Farm Insurance as a body injury adjustor. Later, he was a Kittitas County Deputy Sheriff from 1972 until his retirement in 1977. Jack enjoyed reading and playing basketball, which he did since the time he played at Franklin. Mostly, Jack enjoyed being with people and exchanging stories and experiences. This he did well as a member of the Elks and Eagles. Jack was preceded in death by his parents, Joseph and Emily Bartol, and daughters, Charlanne Arthur of Spokane, and Elizabeth "Bette" Lindsay of Issaquah, Washington. He is survived by his wife, Jo Ellen of Spokane Valley; daughter, Mary Bartol of Spokane; brother, Gene Bartol and his family of Seattle; six grandchildren; and five great-grandchildren. A memorial service will be held at a later date. Memorial donations can be made to a charity of your choice. Please share your memories of Jack on his Tribute Wall at www.HennesseyValley.com. 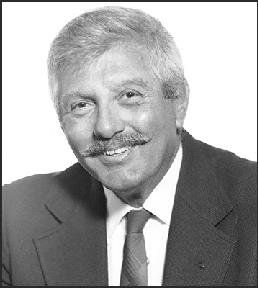 To plant trees in memory, please visit our Sympathy Store.
Published by Spokesman-Review on May 16, 2021.
MEMORIAL EVENTS
No memorial events are currently scheduled.
To offer your sympathy during this difficult time, you can now have memorial trees planted in a National Forest in memory of your loved one.
Funeral services provided by:
Hennessey Valley Funeral Home & Crematory
MAKE A DONATION
Please consider a donation as requested by the family.
MEMORIES & CONDOLENCES
1 Entry
Thank you for your service to our country. Rest In Peace.
Washington State
May 16, 2021