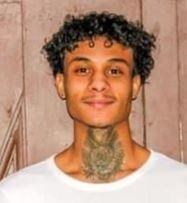 Robi Rogers and Chris Ford. Jakobe graduated from Shadle High School where he was an amazing athlete. Jakobe gained tons of

recognition as a USA Track and Field Junior Olympic triple-gold medalist and the recipient of the 2017 USATF Youth Athlete of the year. As a senior in high school, Jakobe won all three events at the 2017 WIAA State 3A Championships. He broke his own state meet record in the high jump his junior year where he cleared 7 feet 2 1/2 inches. All records still stand. In June 2019, Jakobe won the Hoopfest dunk contest. Jakobe's dreams were becoming a reality when he signed with Trident Sports Management in July 2021 as a professional track athlete. His career was about to take off.

There will be a viewing service open to the public Friday, August 6 from 3pm to 6pm at Spokane Cremation and Funeral Service located at 2832 North Ruby St; Spokane, Washington 99207.

The memorial services will be held on Saturday, August 7 from 2pm to 4pm at Shadle Park High School located at 4327 N Ash St; Spokane, WA 99205.

Stone Carter
Friend
August 6, 2021
May God bless you and your family in this time of sorrow. I´ll always remember you as one of my most thoughtful, caring, and intellectual students.
Susan Poindexter
School
August 6, 2021
Jakobe, you will forever hold a special place in my heart. You had so many chapters left to write. Your band of brothers, the village that formed for each of you as small boys with big dreams will miss you. The joys, triumphs, laughter and fond memories will all be shared with Jahari as he grows older. I will miss that smile of yours, and that laugh that could fill a room. God speed sweet Jakobe until we meet again.
Ommie
Family
August 6, 2021
Showing 1 - 3 of 3 results