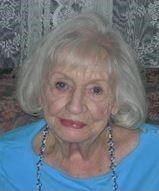 A near lifelong resident of Spokane where she married and raised her family, Kay contributed to the community personally and professionally. A graduate of WSU with a degree in drama, Kay served in the United States Navy WAVES (Women Accepted for Volunteer Emergency Service) - the women's branch of the United States Naval Reserve during World War II. After the war, Kay returned to Spokane and married Fred Porta (deceased 1997).

She taught at Newport High School before spending 20+ years as a supervisor for Children's Health Services for the Washington State Department of Social & Health Services. In 1971, Kay and a small group of volunteers started the Spokane Food Bank with the belief that food is a basic and critical need. Today, that simple and compassionate vision has become Second Harvest, the largest local distributor of food to hungry children, families and seniors in the Inland Northwest. Today, the Kay Porta Legacy Society honors individuals who help establish a strong foundation for a hunger-free Inland Northwest by making legacy gifts to Second Harvest. https://2-harvest.org/kay-porta-legacy-society/

In 1989, Kay was honored by Governor Booth Gardner for her outstanding social services contributions. She was the subject of a profile in The Spokesman-Review in 2010. https://www.spokesman.com/stories/2010/apr/22/founding-feeder/

Kay was an active volunteer for the Spokane Civic Theater, participating in acting and in numerous productions for many years.