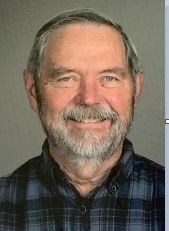 Upon completion of his degree in pharmacy at Oregon State University-where he was a member of the Delta Upsilon fraternity-Ken married his first wife, Kathleen Youde, with whom he had two daughters. In 1974, he married Jean (Vaughan) Eicher, the love of his life.

Ken's career in medical sales was a perfect fit for his jovial, outgoing personality. He was known personally and professionally for the twinkle in his eye, his easy laugh, and his penchant for teasing those he cared about most.

Ken loved the outdoors-from the beaches of Hawaii to the mountains of California to the lakes of the Northwest. He was a gifted gardener and an avid reader. As a long-time member of the Spokane Country Club, he enjoyed the company of friends while playing his favorite game, golf.

Most important to Ken was his family. He was a proud father to his daughters, Brenda (Brian) Revard and Tanya (Michael) Boone-Holladay, and to his stepsons, Keith Eicher and Jeff (LesLee) Eicher. His seven grandchildren-Benjamin (Katie Brunell) Revard, Daniel Revard, Jessica (Cameron) Burns, Elizabeth Revard, Jeanette Eicher, Cameron Holladay, and Caelan Holladay-were an endless source of joy for him. Ken's wife, Jean, was the light of his life, his sun and moon, and his constant, beloved companion.

Ken is preceded in death by his sister Vicki (Boone) Phelps.