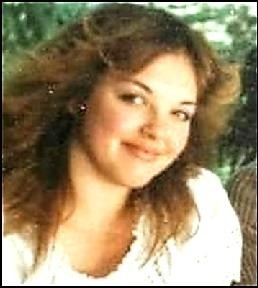 POLLARD-MICHAELS, Laura Jean (Age 52) Laura Jean Pollard-Michaels of Colbert died on the morning of July 16, 2019, at age 52. She leaves behind her husband, Ryan Michaels, and his lovely family in Colbert, her only child, Melissa Narrance, her mother, Janine Hanlen, her fathers: John Hanlen and Gary Pollard both of Spokane, her sisters: Jacqueline Pollard of Philadelphia and Marilyn Carlsen of Los Angeles. Laura was a gift. She arrived late, answering her Uncle Andy's pleas that she be born on his birthday. Laura was a down-to-earth woman who knew how to talk with anybody. She often spoke of her childhood in Mullan, ID. Her grandmas Hazel and Marlee still occupied a special part in her heart. She had her beloved child as a teenager and worked hard to keep them afloat without a partner. She worked many jobs, eventually settling on home healthcare, which suited her. She was a phenomenal cook, whose barbecued beans were a highly sought-after potluck dish. She loved animals and protected them as fiercely as she protected her human family. She had a great sense of humor and a contagious laugh. She was giving, sensitive, and kind and is so very missed.
Published by Spokesman-Review on Aug. 11, 2019.
To plant trees in memory, please visit the Sympathy Store.
MEMORIAL EVENTS
To offer your sympathy during this difficult time, you can now have memorial trees planted in a National Forest in memory of your loved one.
MAKE A DONATION
MEMORIES & CONDOLENCES
2 Entries
Even though we didn't stay in contact over the years, I thought of you often. I will miss you dearly. You are now at rest and peace. The world just gained another angel.
Mary Harris
Family
August 11, 2019
Sweet, funny, kind, and much-beloved Laura. You will be missed sorely. Thank you for sharing your life, gifts, and beautiful soul with us.
August 11, 2019
Showing 1 - 2 of 2 results