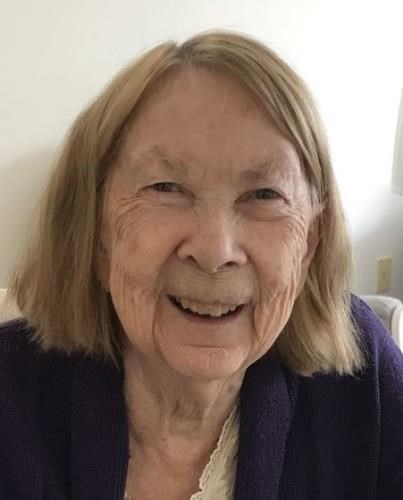 BORN
1930
DIED
2021
FUNERAL HOME
Heritage Funeral & Cremation
508 North Government Way
Spokane, WA
: Marie Jessie (Kohr) Bot of Spokane, WA passed away peacefully on Saturday, September 11, 2021. Marie was born on February 15, 1930, in Great Falls, Montana to Henry and Anna (Urick) Kohr. As an infant, she moved to North Dakota where she grew up and remained a proud North Dakotan throughout her life. Marie met and then married Leon [Doug] Bot, the love of her life, on October 2, 1950. They had two children, David, and Jayne. On August 15, 1973, Marie lost Doug to a sudden unexpected death. Between 1977 until 1994, Marie was married to Carl Bjerke.

As a youngster, Marie thrived in school and found her passion for teaching at an early age. If a teacher was absent in the one-room schoolhouse she attended, Marie would fill in and teach the class. This was the genesis of her love and passion for teaching and became her calling in life. She loved to reflect and share her favorite moments from her 58 years of teaching. Marie never forgot the joy her former students and colleagues brought into her life. In 2019, she was proudly inducted into the Lisbon High School Hall of Fame.

Upon retiring in 1993, Marie relocated to Fargo, North Dakota to be near her daughter and grandchildren. Marie was not one to remain idle. It wasn't long before she began working again as a substitute teacher and a greeter for a local store, crossing paths with many former students and whenever possible having lunch with her granddaughter at the mall where they both worked.

In 2012, for the last chapter of her life Marie came to Spokane, WA to live with her son, David, and his family. Marie spent the rest of her days in Spokane. She loved being pampered, getting her hair and nails done, and shopping. Marie's ideal day would consist of walking in the neighborhood several times throughout the day, stopping to talk with all who had a moment. Not a week went by without a trip to Nordstrom's and the "Nordie's café." She was loved and will be sorely missed by many despite taking her "Mean Pills" [her claims] every day. Her favorite lunch was snickers and diet coke.

Marie was blessed with a long, rich, bold, and full life. For all of those who knew and loved her – family and friends – she will be missed. Our lives were enriched with her presence.

The family would like to thank the staff and administration for the care they provided at Guardian Angel Homes in Liberty Lake the last 2 years of her life. They demonstrated superior caregiver skills mixed with love, compassion, and respect in an especially challenging covid period, keeping residents safe and families informed. The family would also like to express sincerest gratitude to Hospice of Spokane.

A showing was on Saturday, September 18, 2021, between 10:00 am-12:00 pm at Heritage Funeral Homes in Spokane, WA followed by a private celebration of her life. Marie will be laid to rest in Lisbon, ND with a memorial in ND to be announced at a later time. In lieu of flowers, please make a donation to Hospice of Spokane or school supplies to your local schools.
Published by Spokesman-Review on Sep. 22, 2021.
To plant trees in memory, please visit the Sympathy Store.
MEMORIAL EVENTS
Sep
25
Service
10:00a.m. - 12:00p.m.
Heritage Funeral & Cremation
508 North Government Way, Spokane, WA
Funeral services provided by:
Heritage Funeral & Cremation
MAKE A DONATION
MEMORIES & CONDOLENCES
1 Entry
My sympathies to Mrs. B's family. She was one of the best teachers I had. I loved her wit, the glint in her eye, and the way she could put us all in our place. RIP, Mrs. B!
Cindy Hanson McDonald
School
September 22, 2021
Showing 1 - 1 of 1 results