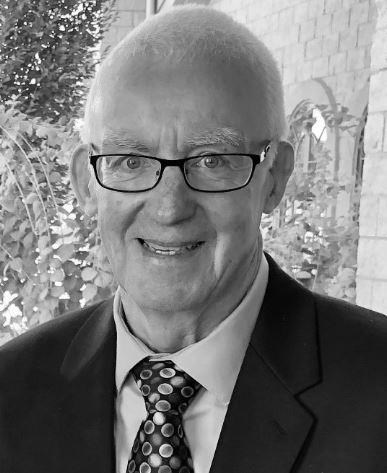 Lyle will be remembered as a man who genuinely connected with people, made each person feel valued, and found joy in helping those he loved.

It is with great sadness that we announce the passing of Martin Lyle "Jake" Jacobsen on Saturday, October 2, 2021. He will be deeply missed by his wife and best friend of 41 years, Mary Melinda (Maloney) Jacobsen, his children, Dana Gwinn (Kelly, deceased) and Amy (Bob) Mesick.

Lyle was proud of his family, and he was a major presence in the lives of his children, grandchildren, nieces, and nephews. Lyle cherished his role as Grampie to his grandchildren Ryan Mesick, Colby Mesick, Justin Gwinn, and Jacob Gwinn. He shared countless happy days with his family and grandchildren. He was famous for his homemade ice cream, and you could often find his grandchildren and his beloved dog, Mocha, vying for the first prized scoop whenever a batch was being made.

He was the son of Martin and Cecile Jacobsen and was raised on the family farm in Onalaska, Washington along with his three siblings Violet Jessen (deceased), Maurice Jacobsen (deceased) and Luana Carvall. Lyle loved life on the farm, driving tractor, raising cattle, and bringing in the hay. As a young father he taught his daughters to love those same hay fields, to care for the family cows, to drive the treasured tractor, and appreciate the beauty of the land. The farm is also where he learned how to grow just about anything and he continued to find joy in tending his "crops," even as the size and scale waned with time.

Lyle was a numbers man, and that led him to pursue careers and hobbies where he could utilize his passion for math and finance. After graduating from Western Washington University, he became a math teacher and coach at his alma mater, Onalaska High School. Lyle later moved to Olympia and went to work for the state of Washington where he held many positions that supported state finance and education; budget director, assistant state treasurer, state lottery board and work on the higher education board, just to name a few. While employed at the state he made many lifelong friends and met his beloved wife, Mary.

Lyle had a variety of interests, and he was often exploring a new skill or challenge. He enjoyed cooking and experimenting with new recipes, and he made the world's best bagels. Lyle also learned to make candles and he enjoyed creating them in special scents and colors to give as personal gifts. Lyle enjoyed playing cards, visiting casinos and the racetrack; he even owned a racehorse at one point in his life. Lyle and Mary were avid boaters and they enjoyed fishing and camping from their boats in the Puget Sound and in lakes and rivers around the state. Lyle had a beautiful voice and enjoyed singing along with the radio and in praise at church. Lyle was a lifelong sports fan who spent many days tailgating with friends and family at Husky Stadium, cheering on the Gonzaga Bulldogs, rooting for the Seahawks (eventually warming up to the Seahawks name he once detested), and never gave up on his Mariners. He also enjoyed the time spent on the golf course with his family and friends where he could engage in a little friendly competition.

When Lyle retired, he and Mary set off on many adventures. On their travels they were both happiest spending time with family and always looked forward to connecting with siblings, nieces, and nephews. Over the years they had properties in Tucson, Palm Desert, and motorhomes that allowed them to travel the country and through Canada. Lyle and Mary began to take annual vacations with their girls and their families to Lake Shasta and Lake Chelan. In fact, it was on one of those family vacations that they ventured off alone and ended up buying a home overlooking Lake Chelan. That home became a cornerstone of so many family gatherings. Holidays and summer vacations in Chelan are cherished memories of theme nights, marathon poker tournaments, badminton and golly ball championships, delicious dinners, golfing, boating and camping excursions, and so much laughter.

Lyle was a man with beautiful smiling blue eyes that would draw you in let you know you are important and special. He loved with his whole heart and gave the best hugs. Together he and Mary created a home where guests were welcomed graciously, fed endlessly, and could feel the comfort of their hospitality. Their home was filled with joy, laughter, and always a bit of mischief.

So, we will miss this special man and we will live our lives filled with happiness, warmth, and love in honor of him.

A celebration in honor of Lyle's life will be held in the summer when the days are long and warm, and the smell of hay is in the air. Until then if you would like to honor his memory, raise a glass in celebration and smile as you remember him. Online tributes may be made at www.holycrossofspokane.org.
Published by Spokesman-Review on Oct. 24, 2021.
To plant trees in memory, please visit the Sympathy Store.
MEMORIAL EVENTS
To offer your sympathy during this difficult time, you can now have memorial trees planted in a National Forest in memory of your loved one.
Funeral services provided by:
Holy Cross Cemetery and Funeral
MAKE A DONATION
MEMORIES & CONDOLENCES
0 Entries
Be the first to post a memory or condolences.