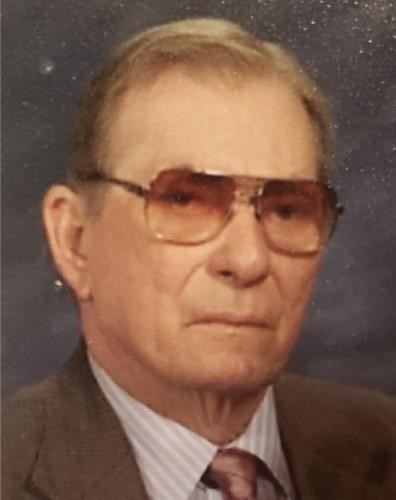 BORN
1938
DIED
2021
FUNERAL HOME
Thornhill Valley Chapel
1400 South Pines Road
Spokane Valley, WA
MSgt. Lawrence "Larry" A. Foster passed away on the morning of Thursday, July 8th, 2021 with his wife and two daughters by his side at Hospice House, Spokane, Washington. Larry was born in Rose Hill, Jasper, Illinois, on November 17th, 1938. He was preceded in death by his father, Arthur; mother, Leda Bell; brothers Charlie, Donnie, John Henry, and Wayne; sisters Clara and Dorothy; daughter Ulrike and son Frank. He was a loving husband, father, grandfather, and brother and will be forever remembered by his wife of 51 years, Nelly; brothers Lee Roy and Roger; sisters Bessie, Fayrene, Leda, and Mary; children Gabriele (Eric), Patricia, Stefan (Kathryn) and Tina (William); seven grandchildren and six great-grandchildren. Larry began his career in the United States Air Force as soon as he came of age in 1956. While serving, he took every opportunity to further his education, obtaining his GED as well as completing almost any training course the service had to offer. He even earned an Educational Achievement Certificate in 1962 because of the number of credits he had accrued. He also earned several commendation medals for Meritorious Service and Good Conduct and quickly rose through the ranks to that of Master Sergeant. His time in the Air Force took him across the country, and even the globe, as he served at bases throughout the United States and in Germany. He also did two tours in Vietnam. But it was while he was stationed at Fairchild Air Force base that he found his home in Spokane, Washington. It was there where he met and fell in love with his wife, Nelly. They were married at Gethsemane Lutheran Church in Spokane Valley, Washington on November 16th, 1969. He retired from the Air Force in 1978. After his time in the service, Larry worked for several oil companies, driving trucks and working on rigs throughout Texas and Oklahoma. He then decided to return to college and completed four Associate of Applied Science Degrees in Accounting, Business, Management, and Hotel Management from Spokane Community Colleges in 1983 and 1984. Upon obtaining his degrees, he was immediately snapped up by Sheraton Hotels. He worked for Sheraton in Missoula, Montana and Spokane, Washington until the chain changed hands. In his next career move, Larry proved that he was a born ladder-climber as he began as a parking booth attendant for Ampco Parking and worked his way up to City Manager. Larry stayed with the company, now ABM Parking Services, until he finally decided it was time for retirement in 2002. Larry also enjoyed putting as much work into his home as he did at the office. He was a man of many skills and found pleasure in working on home projects and planting his garden. He was fond of the outdoors and often went hunting and fishing in his younger years. Later in life, his greatest pleasure came from working outside in his garden and sitting on his own back porch to enjoy the view. Larry was also an avid reader and read for several hours every night. He had an extensive library of his favorite authors and often reread their books while waiting for the newest releases. He was also a devout Christian and member of Gethsemane Lutheran Church. Larry had a hunger for the Word of God and would often read the Bible on his own or together with his wife. He faithfully came to Bible Study with questions prepared as he sought a deeper understanding of the Word. Services for Larry will be held on Saturday, July 17th at 10:30 AM with a graveside service with military honors at Pines Cemetery, Spokane Valley, followed by a memorial service at 11:30 AM at Gethsemane Lutheran Church. Flowers, donations, or condolences may be offered care of Gethsemane Lutheran Church at 11315 E Broadway Avenue, Spokane Valley, WA 99206.
Published by Spokesman-Review on Jul. 14, 2021.
To plant trees in memory, please visit the Sympathy Store.
MEMORIAL EVENTS
Jul
17
Memorial service
11:30a.m.
Gethsemane Lutheran Church
WA
Jul
17
Graveside service
10:30a.m.
Pines Cemetery
Spokane Valley, WA
Funeral services provided by:
Thornhill Valley Chapel
MAKE A DONATION
MEMORIES & CONDOLENCES
2 Entries
I'm so sorry to hear of Larry's passing. I'm sorry its been so long since we shared a conversation. Love to all!
Janice dickens
Friend
July 15, 2021
Thank you for your service to our country. Rest In Peace.
Washington State
July 15, 2021
Showing 1 - 2 of 2 results