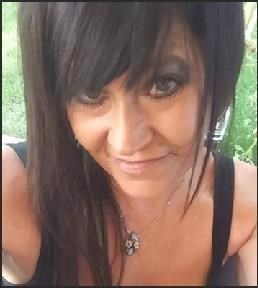 BORN
1968
DIED
2021
FAIRCHILD, Pamela Rae (Age 53) Pamela was born on February 21st, 1968 in Kodiak, Alaska and was the 5th of 6 children. At the age of 19, she moved to the inland northwest where she got married, and became the mother of three children. One of Pam's favorite things to do was to spend time with family. Not friends, just family, because when she touched someone's heart, they were friends who became family. Another hobby of Pam's, was floral arrangement. She had a knack for making average flowers become a beautiful centerpiece, a bouquet, etc. She was called to Heaven to receive her angel wings much sooner than we anticipated. Pam spent the last 6 months battling a VERY aggressive form of cancer, and she was so determined to win this battle (and she gave it 110%, as she did with everything in her life) but unfortunately, this battle was lost and Pam took her last breath on March 15, 2021, in Spokane, WA. She was a beautiful person inside and out, and her humor and quick wit made the people around her always full of laughter. Our courageous warrior will be greatly missed but never forgotten. Pamela is survived by her parents Bob and Rose Nordgulen, her three children Clayton, Darren, and Danielle Kentner, her one and only precious grand baby, her siblings Chris, Doug, Ed, Linda and Nancy, her boyfriend Jim, and her close friends Scott, Tayler, and Lindsay. There are no plans for a funeral at this time. "A golden heart stopped beating, working hands were put to rest. He broke our hearts to prove to us, he only takes the best." - author unknown
Published by Spokesman-Review on Apr. 4, 2021.
To plant trees in memory, please visit the Sympathy Store.
MEMORIAL EVENTS
To offer your sympathy during this difficult time, you can now have memorial trees planted in a National Forest in memory of your loved one.
MAKE A DONATION
MEMORIES & CONDOLENCES
1 Entry
Im late but Ive learned you made it through the portal, where no physical nature or laws reign. They reign in my world but not your world. Yet, it is real to you because Spirit is real and is born of the Spirit of the Father. I pray you find yourself in a pleasant land, much like a vivid dream. I hope that your conceptions of all your children's faces give you great joy in your time of rest. Until we meet again.
Leah
April 4, 2021
Showing 1 - 1 of 1 results