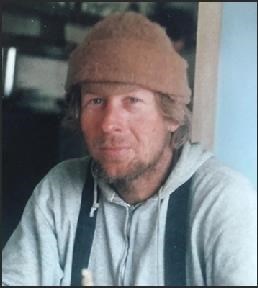 BORN
1941
DIED
2020
FUNERAL HOME
Heritage Funeral & Cremation
508 North Government Way
Spokane, WA
GARRETT, Ronald "Ron" Ronald "Ron" Garrett passed away peacefully on October 3, 2020, in Spokane, WA. Ron was born on August 30, 1941, in Birmingham, Alabama. He attended the University of Alabama and obtained a Master's Degree in Mettalurgical Engineering. He worked for Kaiser Aluminum in several cities. He then worked for Bechtel Corp. on the Trans-Alaska Pipeline for 20 years in Prudhoe Bay, Alaska. He retired in Spokane at the age of 55. Ron is preceded in death by his parents, Francis and Peggy Garrett, and brothers, Richard and Allen. He is survived by his sister Ginger Garrett of San Luis Obispo, CA, and his life partner, Nancy Paladin, and her family. He has numerous cousins in Alabama, Georgia, and Florida. In 1981, ten days before Christmas, a plane with four passengers crashed on McKinley's Kahiltna Glacier. Due to strong winds and storms, air support rescue efforts were delayed. Without hesitation or concern for their safety, six veteran climbers from Talkeetna set out to rescue the crash survivors. Four days later, they reached the last snow barrier, located, and rescued two survivors. These heroic men were subsequently named the "Mountain Maniacs" for their courageous effort. Ron was a member of the Indian Canyon Men's Golf Club. His playing partners Milo, Bill, Tim, Vinnie, Chuck, and Jeff, were among his best friends. Due to Covid, a celebration will be held in the spring, hopefully. ROLL TIDE!

Published by Spokesman-Review on Nov. 8, 2020.
To plant trees in memory, please visit the Sympathy Store.
MEMORIAL EVENTS
To offer your sympathy during this difficult time, you can now have memorial trees planted in a National Forest in memory of your loved one.
Funeral services provided by:
Heritage Funeral & Cremation
MAKE A DONATION
MEMORIES & CONDOLENCES
1 Entry
Ron, thank you for our times playing golf together at Eagle Glen. Always fun. Always with laughs. Always with learning. Always with lessons, especially about why not to wager.
I’ve think of you whenever going into Talkeetna and I’ve tried calling when passing through Tacoma but never connected. I’m sorry for that, I assumed you were on a golf course somewhere.
My sincerest condolences to your family and friends. You made a positive mark on the world around you. RIP Ron.
Bob Moseley
Coworker
February 22, 2021
Showing 1 - 1 of 1 results