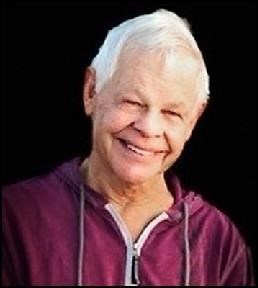 BORN
October 26, 1948
DIED
January 2, 2021
FUNERAL HOME
French Funerals & Cremations - Westside
9300 Golf Course Road
Albuquerque, NM 87114
FULTON, Stephen J. (Age 72) Stephen J. Fulton, State Farm Agent at Smokey Point from 1980 to his death passed away in Albuquer-que, N.M. on January 2, 2021 at the age of 72. Steve was born to parents Joe and June Fulton on October 26, 1948 in Spokane, WA. Their family farm was seven miles outside of Fairfield, WA. He was the youngest of four and graduated from Liberty (consolidated) High School in 1966. He graduated from Western Washington University with a BA in Economics in 1970. After a successful internship the summer between his Junior and Senior college years, Steve began his ten year career with Bell Telephone, leaving in 1980 as the Manager of the Vancouver, WA office to begin his career with State Farm in Marysville. Many of his clients became friends and he followed their lives through the years. It was not unusual for Steve to also take care of his clients children's insurance needs and in recent years, their grandchildren. Steve was active in Marysville Rotary, including multiple school building trips to Guatemala supporting "Hands For Peace Making". Steve also actively supported the Marysville Food Bank. His other passion was the promotion of the Unifine "impact" whole grain flour mill that his family had supported for three generations. Steve's passion for unifine flour milling has resulted in mills in three countries and two continents. It's part of a "Farm to Table" movement that involves placing mills in regional (sour dough European style) bakeries engaging with local farmers practicing holistic, sustainable farming practices. Steve is survived by his wife, Teresa Fulton (formerly Garrison); and his children and grandchildren: Molly McCue (nee Fulton) of New York, NY; Kate (nee Fulton) and Shawn Krause and his son Quinn of Post Falls, ID; and Carl and Maria Fulton and their children Ellison and Drew of Hayden, ID. He is also survived by his stepsons Joshua and Ben Garrison and their families. He is preceded in death by his parents Joe and June and his brother Larry. Following cremation, his ashes will be privately scattered at the family farm in Eastern Washington. In lieu of flowers, the family would appreciate donations to the Marysville Community Food Bank at PO Box 917, Marysville, WA 98270. The family would like to thank Life Spring's Cancer Treatment Center in Seattle, the New Mexico Cancer Center and Hospice of New Mexico for their care. Arrangements are made through French Funerals, Albuquerque, NM.
To plant trees in memory, please visit our Sympathy Store.
Published by Spokesman-Review on Jan. 10, 2021.
MEMORIAL EVENTS
Jun
1
Visitation
4:00p.m. - 7:00p.m.
French Funerals & Cremations - Westside
9300 Golf Course Road, Albuquerque, NM 87114
Funeral services provided by:
French Funerals & Cremations - Westside
MEMORIES & CONDOLENCES
5 Entries
Steve (and his staff) handled all my insurance needs for nearly 40 years. He was not only my insurance agent, but a friend who was always willing to go above and beyond to help out in any situation. This world has lost a wonderful man, and heaven now has another angle. Blessings to all his family and friends.
Jeanne Sparks
January 24, 2021
Steve had been our insurance agent since moving to Washington state in the latter part of 1998. Prayers of comfort and healing for his family.
The Tolley family
Brian Tolley
Friend
January 23, 2021
Steve became our insurance agent when we moved into our house in 1982. Through the years, he has been our friend, and most significantly, our brother in Christ. When our daughter, Erica, died, he contacted us, and sent $1000.00 for her family,
just as he did with Mr. Butner's daughter (it was because of Mr. Butner's letter that i am writing this. Thank you, Mr. Butner). Thankfully, we ran into Steve at the bank a year or so ago. I got from him, and i gave to him, the biggest hug. We were so glad to see each other. We sat down at the bank and he updated us on how he was doing. Steve loved the Lord, and we always had conversations about our walk with the Lord. May Steve's family be comforted by the truth that Steve is with Jesus.
Kim Stults
Friend
January 16, 2021
We did not know Steve had been ill. It has been a few years since we last saw him. We have found memories of our old friend Steve. Until we meet again... ❤ Kim and Valerie Gerry
Valerie & Kim Gerry
Friend
January 10, 2021
May God bless you and your family in this time of sorrow.
Steve was our agent and friend for at least 38 years. He had a heart of gold. After we lost our daughter Carla, he was at our doorsteps with hugs and a check for one thousand dollars. He said that the Lord tugged his heart and he knew that he needed to reach out.
Thanks for making a positive difference Steve. You will be missed, but not forgotten.
Doug Butner
Friend
January 10, 2021