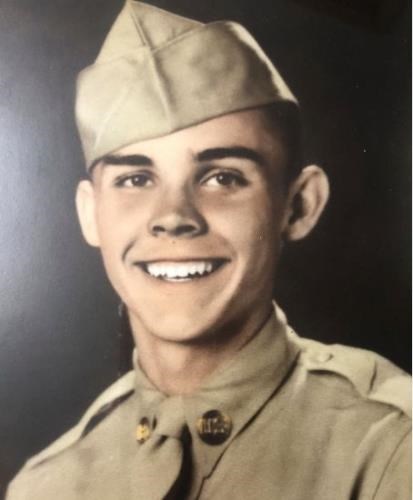 Thomas A. Nordness, age 93, was born in Minneapolis, MN to Ina and Erling Nordness. He graduated from Central High School in Minneapolis, MN. He joined the Army and served in Alaska and Hawaii, honorably discharged in 1948. Next went to telegraph school before coming to Spokane and working for the Great Northern Railway. Later he worked for a variety of jobs including Kaiser, Boeing, and City of Spokane. He married Verda Wolf in 1949 and had three sons Tommy, Terry, and Rodney. Single in 1980, he met Dixie and they married on St. Patty's Day, March 17, 1984. She has three daughters Sue (Quellmalz) Ziegert (Steve), Sylvia Quellmalz (Jim), and Diane Quellmalz. Later came five grandchildren and eight great-grandchildren.

Tom and Dixie enjoyed time with family, friends at Northwood Presbyterian Church, dancing, traveling, stage plays and concerts in the park. They made many friends at Sons of Norway, Scandia, YMCA and three senior centers. Tom was well known for his many unusual hats. He was an avid poker player and a big fan of horse racing. Tom was a former member of Morse telegraph club. Both Tom and Dixie were members of Friends of the Davenport Hotel.

Survived by wife, Dixie, her three daughters, five grandchildren, eight great-grandchildren and his son by first marriage, Rodney Nordness. Tom also leaves behind nieces, Nancy Soete (Gary) and Paula Naughton (Will) and many great nieces, nephews and cousins all living in the Midwest. Tom was preceded in death by parents Ina and Erling, brothers and sisters-in-law Don (Mary) and Bill (June), and sons Tommy Nordness and Terry Nordness.

In lieu of flowers, donations may be made to your choice of charity. Special thanks to North Central Care Center for loving, compassionate care for Tom.
Published by Spokesman-Review on Oct. 13, 2021.
To plant trees in memory, please visit the Sympathy Store.
MEMORIAL EVENTS
Oct
16
Memorial service
2:00p.m.
Shadle Park Presbyterian Church
5508 N. Alberta St., Spokane, WA
MAKE A DONATION
MEMORIES & CONDOLENCES
2 Entries
My condolences to the family Rest in Peace Tom.
Doug Salbrg
October 13, 2021
Thank you for your service to our country. Rest In Peace.
Washington State
October 13, 2021
Showing 1 - 2 of 2 results