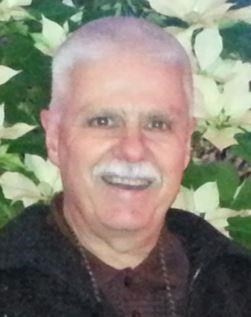 Tim spent the first seven years in Wappingers Falls, NY, until his father moved the family across the U.S. when IBM opened a manufacturing plant in San Jose, CA. Tim graduated from San Jose High School and enlisted in the US Army in 1967. During his military service, he served two tours in Vietnam where he was awarded two Bronze Star Medals for outstanding meritorious service.

Tim began his work career at ESL (a government contractor) in 1975. One of the projects he worked on has now been declassified and written about in Blind Man's Bluff, which was published in 2008. When he decided to leave ESL, he moved to Spokane, WA when he was hired by Hewlett Packard (HP) as a systems engineer in 1980. Driving to Spokane right after Mt. Saint Helens erupted and seeing the ash along the roadside at first seemed a bad decision. Once he became settled in Spokane, he realized the beauty of the Northwest and purchased his first home. Tim enjoyed a long career at HP in the sales office and then moving to the Division in Liberty Lake, WA, (which later became known as Agilent Technologies), and eventually retired in March 2009. At HP/Agilent Technologies, he was able to travel throughout the Asia Pacific where he discovered his love of learning about cultures in the places he travelled. He completed his work career at Monaco Enterprises until he decided that retirement was calling his name in 2011.

Tim and Nancy met in February 1980 at the suggestion of mutual friends and were married in February 1983. The orderliness of being an engineer became disrupted in a good way when daughter Sarah was born in 1984. We have many memories we love to share such as: Sledding down meticulously groomed tracks at Elkin's Resort on "Blue Death", a plastic toboggan that was very fast and hard to control; enjoying an ice cream every day while on vacation, especially along the Oregon Coast; and discovering a favorite restaurant at Oceanside, OR, served a clam chowder that ranked a solid 8 on a scale of 1 to 10 on our many beach combing excursions for agates. So many happy memories to take us through the sadness that is upon us at this time.

With all that has been upon us over the last year, the family has decided to hold a private ceremony in October at Tim's favorite Oregon beach. For those of you who would like to make a donation in Tim's name, please consider: www.parkinsonsresources.org which provides Parkinson's educational resources to all patients in Oregon and Southwest Washington and especially to Veterans receiving their care at the VA Portland facilities.
Published by Spokesman-Review on Jul. 14, 2021.
To plant trees in memory, please visit the Sympathy Store.
MEMORIAL EVENTS
To offer your sympathy during this difficult time, you can now have memorial trees planted in a National Forest in memory of your loved one.
MAKE A DONATION
MEMORIES & CONDOLENCES
3 Entries
We feel lucky to have known Tim. Deep condolences to his family. His bright spirit, intelligence and humor are fondly remembered. We were remembering that Tim and his brother, Neil helped us move into this home in 1990. Such a generous and meaningful act! He is remembered with gratitude for all of the small ways he enriched our lives over the years.
Jill and Griff Stokes
September 18, 2021
Thank you for your service to our country. Rest In Peace.
Washington State
August 3, 2021
Teenage friends from across the street at Janis and Jennie´s house. I´m proud of the man he became.
Rick Johnson
Friend
July 22, 2021
Showing 1 - 3 of 3 results