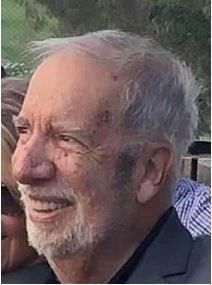 Born on Christmas Day, 1948, he was the first born of seven children to Vince Sr., and Pearl (Popa) Schmidt, in Kankakee, Illinois.

He was a proud graduate of Maternity B.V. M. grade school (1963), St. Jude's Seminary (Momence) 1967 and Eastern Illinois University where he earned his Bachelors' degree and Masters' Degrees in Library Science and History. Vince applied his library skills in a myriad of ways: as the Deputy Director of the Illinois State Library and with library cooperatives in IL (Lewis and Clark Library System) and CA (Black Gold Library System). Vince also worked with EBSCO, with book publishers (Sage and Greenwood Publishing), and library automation providers. After moving to Spokane, Vince enjoyed reference activity with Spokane Public Library and Spokane Falls Community College.

Vince served on the vestry and Finance Committee with St. John's Episcopal Cathedral. He loved driving families with the Family Promise program from church to church as they moved through temporary housing spots. He supported Our Place and other non-profits by collecting food from grocery stores. Vince delivered Meals on Wheels, like his father did. He looked forward to returning to such volunteer efforts after the pandemic.

A loving husband, he is survived by Debra Park; they were married in 1985. Together they relocated from Illinois to Santa Barbara, CA, and finally settled in Spokane in 2005.

Vince was fond of trivia and very knowledgeable in a wide range of topics, particularly history and sports. He was a runner and avid golfer. He was a life-long Chicago Cubs Fan and a dedicated Gonzaga basketball fan later. His incredible wit, sense of humor and blending of stories will endure.

In addition to his wife, Vince is survived by five brothers and sisters: Terri Edwards of Toledo, Ohio; Tom and Mary (O'Gorman) Schmidt of San Diego; Tim and Karen (Shea) Schmidt of Chicago; Tami and John Kamperschroer of Wheaton, Il., and Traci and Randy Boise of Itasca, IL. Park family include Sherri Wood of Webster, NY, Ron and Patty (Sweeney) Park of Santa Cruz, CA, Crys and Mark Harpole of Mozart, ID and Jill Karber and Vince Martin of Arlington, WA. Vince treasured his extended family, including Janice Krizik, sister-in-law, Robert Killen, brother-in-law, the Cong family and many nieces and nephews, great nieces and nephews with whom he was very close.

He is preceded in death by his parents, in-laws Jerry and Merna Park and his sister, Vincene Killen.