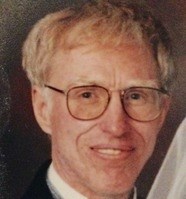 BORN
1948
DIED
2020
James Patrick Otis
Born March 16, 1948, and Died March 3, 2020. He had suffered from a long illness.
The son of James F. (Herky) Otis and Mary A. (Molloy) Otis Jim was an actor, entertainer. A man for all seasons, with a career spanning 40 years across the US. He dedicated his life to perfecting his craft and sharing his knowledge by teaching monologue to students and in his later years fostering sick and homeless cats in the Glendale area. From his humble start on the stages at Stamford Catholic High and Stage Door for Youth, he graduated college and started his film career with his first role in "One Summer's Love" in the 1970s moving forward with a multitude of stage performances, Off-Broadway in New York City. Traveling to Chicago in the 1980's he landed several repeat stage roles with The Lyric Opera, Shakespeare in the Park, Drury Lane Oakbrook, Victory Gardens, and his most well-known performance for several seasons at the Goodman Theatre Chicago, as the Ghost of Christmas Past, in the Christmas Carol. In the 1990's, he moved to Glendale California and landed roles on several TV shows, including spots on Criminal Minds, Law and Order SVU, The X-Files, ER, Supernatural and cast as the character Solbor in the TV series Star Trek Deep Space Nine. On the big screen, he had leading movie roles in Brian DePalma's, Black Dahlia and Larry Clark's, Another Day in Paradise. Additionally, he was selected and served twice on the Academy Award Nominating Committee.
Jim was a 1966 graduate of Stamford Catholic High School and 1970 Graduate of at the Catholic University in Washington, DC, where he majored in the School of Drama. He was predeceased by his parents and survived by his brother Joseph and his wife Judy of Trumbull, CT and his sister Kathleen M. (Otis) Maurer, her husband William, and their daughter Erin Mary of Aurora, IL.
Services will be private in the town he made his home Glendale, CA. To honor our brother Pat, please consider a donation in his name to the Pasadena Humane Society (Pasadena humane.org) or Alzheimer's Association (alz.org).
Published by Stamford Advocate on Mar. 12, 2020.
To plant trees in memory, please visit the Sympathy Store.
MEMORIAL EVENTS
To offer your sympathy during this difficult time, you can now have memorial trees planted in a National Forest in memory of your loved one.
MAKE A DONATION
Please consider a donation as requested by the family.
MEMORIES & CONDOLENCES
7 Entries
So sad to hear this.. Jim Otis was my acting coach years ago. So kind and talented and a wonderful teacher! You will be missed Jim..!
Karina M
Student
March 6, 2021
Dear Jim Otis Family.... I just now learned of Jim's death. I was saddened. We shared many laughs and I learned a heck of a lot about acting and respect for the craft from Jim when we were in Stage Door for Youth together in our home town in Stamford. His "Fagan" in "Oliver" remains legendary for anyone who saw it. He was one of the kindest souls I've ever know. Jim was one of the "beautiful" gifted souls of the world. My heartfelt sympathies. Rest in peace dear Jim.
Donna Gillroy
Friend
August 26, 2020
James and I were close friends during our twelve years of school in Stamford. We both went to Hart Elementary, Burdick Junior High and Stamford Catholic High. For several years during the early 60's, we were in scouting -troop 22 sponsored by St John Church in downtown Stamford. I will never forget the one Saturday where in order to earn our hiking merit badge, Jame's dad drove us to Pound Ridge very early in the morning and we hiked back to Stamford - 20 miles. James entertained us with his ad libs and reciting lines of drama. We all knew then that he was destined to have a career in acting someday. This was reinforced by the awesome performances he gave to our high school and Stage Door for Youth productions. I considered James a great friend during our growing up years in Stamford. I wish we had stayed in contact after high school when we took different paths and got on with the business of living. Today I am remembering my friend and mourning his passing.
Anthony Rapaglia
Anthony Rapaglia
Friend
August 16, 2020
Dear Joe - Deeply sorry to hear of the passing of your beloved brother James. May you be comforted with the love of family and friends during this especially difficult time.
Vicky Perillo O'Connor
March 17, 2020
Joey O sorry to hear of your family loss may he R I P
Tom Gallo
March 17, 2020
Tom Gallo
March 17, 2020
Dear Joey,

I was sorry to read of Pat's passing. I hold many fond memories of Oak Hill Street and the fun that we had. I think I have a picture of Pat and my brother Chipper eating peanut butter and jelly sandwiches on our front porch! I pray that grants you peace and strength in the days ahead.