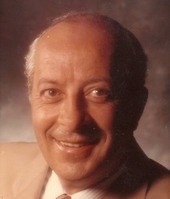 Lawrence A. Ciccarelli, Sr.,91, of Stamford passed away peacefully surrounded by his loving family on Thursday, May 20, 2021 at Brighton Gardens. He was born in Portchester, NY on October 26, 1929 to the late Angelo and Irma Altieri Ciccarelli.
Larry began his life from humble beginnings. He was born to Italian immigrants at the beginning of the Depression. His father was a mason, where Larry learned the trade during summers. After high school, he attended Lake Champlain College in Upstate New York before enlisting in The United States Air Force. His duties included performing as a navigator on a B-24 bomber. During the Korean War,he also acted as an interpreter for the Italian military contingent serving with the Allied Forces .
During this time he married his high school sweetheart Lorrie and they both moved and lived on an Air Force base in Biloxi Mississippi. After discharge, he attended Iona University where he graduated with a Bachelors of Science in Business Management.
After graduation. he accepted a position with Montgomery Ward, where he was to spend the majority of his working career. With a few shorter stints with Andover Togs and Fisher Price
Even while working in New York City and traveling extensively to Asia and other areas of the world, he managed to give back to the community while serving as president and board member of the Italian Center, as well as serving as president of the The Rippowam High School Parent's Booster Club.
Upon his retirement in 1997, he was able to focus on his many passions which included the New York Yankees, New York Giants golf, his friends and most of all his family, especially his grandchildren and great grandchildren.
Lawrence is survived by his devoted wife of 70 years, Lorraine Curtis Ciccarelli, of Stamford, his loving children, Lawrence A.Ciccarelli, Jr. of Shelton, Donna C. Wrigley of Fairfield, as well as his grandchildren, Lawrence A. Ciccarelli, III and his wife Marli, Kaitlin E. Ciccarelli, Jillian, Jack and Madison Wrigley. Also surviving are his great grandchildren, Emma M. Ciccarelli and Lawrence A. Ciccarelli, IV.
Besides his parents, Lawrence was also predeceased by his daughter in law, Martha A. Ciccarelli.
Family and friends may call at the Nicholas F. Cognetta Funeral Home & Crematory, 104 Myrtle Avenue, Stamford on Tuesday, May 25, 2021 from 5:00-8:00 PM. A Mass of Christian Burial will be celebrated on Wednesday, May 26, 2021 at 10:30 AM at St. Gabriel RC Church, 914 Newfield Avenue, Stamford. Interment will follow at Queen of Peace Cemetery, Rockrimmon Road, Stamford.
The family requests that donations be made in Lawrence's memory to Alzheimer's Association, CT Chapter, 200 Executive Blvd, Suite 4B, Southington, CT 06489 act.alz.org or to Wounded Warrior Project, 4899 Belfort Road, Suite 300, Jacksonville, FL 32256 support.woundedwarriorproject.org
To leave online condolences, please visit www.cognetta.com