Michael Knepper
1943 - 2021
BORN
1943
DIED
2021
FUNERAL HOME
DuPage Cremations, Ltd. and Memorial Chapel
951 W. Washington St.
West Chicago, IL
Michael Knepper
May 23, 1943-January 12, 2021Michael "Mike" Knepper passed away peacefully on January 12, 2021 at the age of 77. Beloved husband of the late Jan (nee Schroeder); loving father of Andrea Knepper Howard; proud grandfather of Meredith and Cameron Howard. He grew up in Desloge, Missouri. His father owned the photography studio in town and his mother was the librarian at the high school. While in high school, he played varsity basketball, was active in theater, and played the trumpet. He was also the co-editor of the school newspaper and yearbook, with one of his poems being published by the National Poetry Association. His interests in writing and photography influenced his decision to study Photojournalism at the University of Missouri-Columbia. He went on to fulfill his military obligation with the Army ROTC and took his first job in North Platte, Nebraska as the photographer for the Nebraska Games and Parks Department magazine. During his career, he wrote for and served as editor for a variety of automotive publications such as Motor Trend, Autoweek, Road & Track and Car & Driver magazines. He later went on to become the Director of Public Relations for Delorean Motor Cars. During the latter part of his career, he began his own business as a freelance writer out of his home in Darien, Connecticut; writing for a variety of automotive and special interest publications, and even wrote and published a book called Corvair Affair that chronicled the history of the Corvair in the 1960's. When he retired from writing professionally, he found a new career as owner and manager of two Roly Poly Sandwich shops; one in Stamford and the other in Norwalk, CT. Upon retirement, he purchased an RV and spent his last years touring the United States, from coast to coast, and enjoyed having a different view out his front door.
Donations in memorium can be made to the National Wildlife Federation.
Published by Stamford Advocate on Feb. 12, 2021.
To plant trees in memory, please visit the Sympathy Store.
MEMORIAL EVENTS
To offer your sympathy during this difficult time, you can now have memorial trees planted in a National Forest in memory of your loved one.
Funeral services provided by:
DuPage Cremations, Ltd. and Memorial Chapel
MAKE A DONATION
MEMORIES & CONDOLENCES
Sponsored by DuPage Cremations, Ltd. and Memorial Chapel.
5 Entries
I still remember most of what I read from you in Car & Driver. Great stuff.
Kevinculver
May 22, 2021 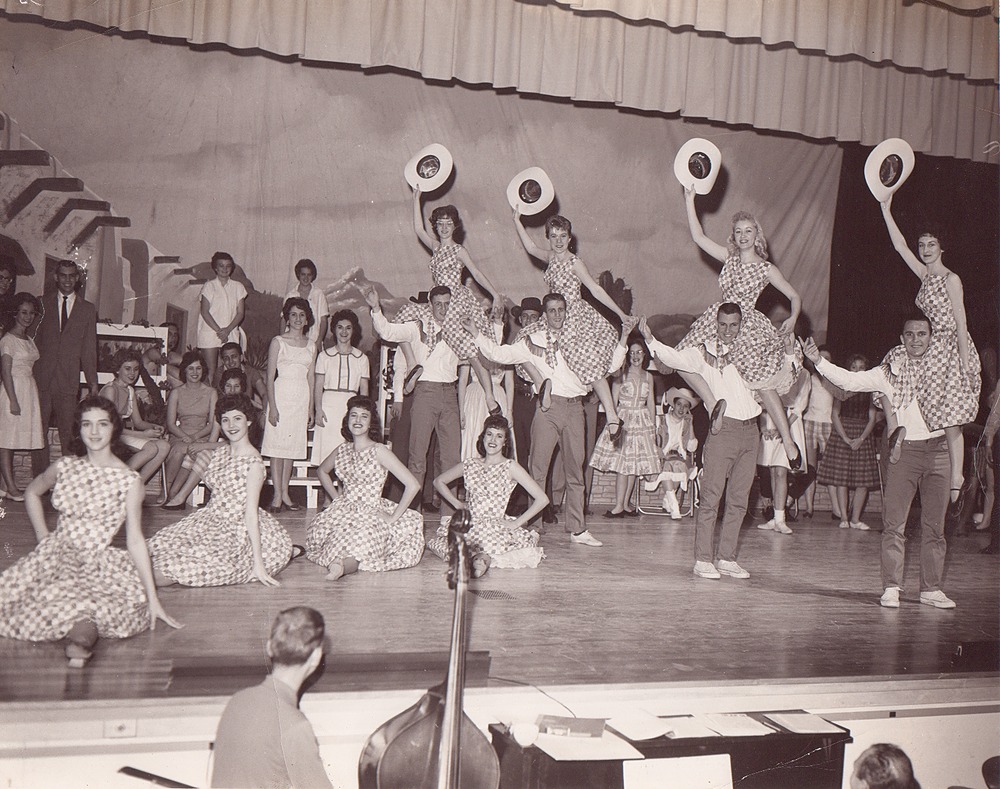 I didn't know Mike very well, but we were in the same activities. This picture is from "Girl Crazy" in 1961 and that is Mike whose shoulder I'm sitting on.
Sharon Fox
February 22, 2021
Mike and I went through school together K-12 graduating with the class of 1961, Desloge, Missouri. Our 2nd grade teacher, Mrs. Zetta Alexander was an elderly lady who was very strict. One afternoon, Mike and I were having a discussion and Mrs. Alexander told us to be quiet which Mike immediately did but I just had to finish my sentence. Mrs. A said, “Ruth Anne, I told you to be quiet and of course I had to say one more thing, “I am not finished talking”. Needless to say i was finished talking. She called me to the front of the class and gave me two swats on the rear end. The first and only spanking I got in school. When i got home with my note, my dad ask “Sis, did you sass the teavher”, I said “ yes but it was Mike Knepper’s fault”. Then I heard “remember what I always told you, if you do something bad enough to get spanked at school, you will get spanked when you get home”. So I got my two swats and learned a valuable lesson, you never sass an adult. My dad always kept his word. RIP Mike, you will be missed by so many.
Ruth Anne Harris-Carver
Friend
February 17, 2021
So sorry to hear of Mike´s passing. He was my first love; we were six. Mike and I went from K - 12 together and I have many fond memories. Please accept my deepest sympathy.
Cora LaPlant
February 14, 2021
Sorry to hear of Mike's passing. A great and talented guy. RIP. Mike Lunsford, DHS class of 61
Michael Lunsford
February 14, 2021
Showing 1 - 5 of 5 results