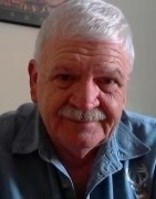 BORN
1945
DIED
2021
FUNERAL HOME
Nicholas F. Cognetta Funeral Home & Crematory
104 Myrtle Avenue
Stamford, CT
Ray N. Pagliarulo
Ray N. Pagliarulo, a beloved father, brother and friend to many, and a longtime resident of Stamford, peacefully passed away at Stamford Hospital after a hard fought battle with health issues. Ray was born in Cleveland, GA on February 27, 1945 to the late Charles and Ada Rachel (Partin) Pagliarulo.
After graduating from Stamford High School in 1964 Ray enlisted in the U.S. Navy. He was a veteran of the Vietnam War, serving aboard the aircaft carrier USS Kearsarge. He was proud of his service to the country and was a member of the Veterans of Foreign War, the Catholic War Veterans and the Disabled American Veterans. Ray spent his career as a restaurant and janitorial supply salesmen, retiring from Strauss Paper Company. He was an avid collector of trains and war memorabilia. Ray made friends easily and widely and he was affectionally known as Uncle Ray to many.
Ray was preceded in death by his beloved wife and best friend Marilyn J. (Dudley) and is survived by his loving daughter, Rachel Pagliarulo and her fiancé Dante Pomponi; his brother Charles Pagliarulo and wife Dory; his sister Carol Pagliarulo; his sister Mary Magnini and husband Bob; his brother-in-law James Dudley and wife Debbie and many nieces, nephews and extended family. He is also survived by his grandpup Rocket whose snuggles and kisses brought Ray much joy.
Friends and family may call on Tuesday, June 8th from 4pm to 8pm at the Nicholas F. Cognetta Funeral Home and Crematory, 104 Myrtle Ave., Stamford, CT 06902. The interment will be private.
In lieu of flowers donations can be made in Ray's name to:
K9s for Warriors, an organization that trains shelter dogs to be Service Dogs for veterans suffering from Post Traumatic Stress Disorder. https://www.k9sforwarriors.org/
or
Fischer House Foundation which provides housing to military & veteran families while a loved one is in the hospital. https://www.fisherhouse.org/
To leave online condolences please visit www.Cognetta.com or on Facebook at www.facebook.com/NicholasFCognettaFuneralHomeCrematory.

To plant trees in memory, please visit our Sympathy Store.
Published by Stamford Advocate on Jun. 5, 2021.
MEMORIAL EVENTS
Jun
8
Calling hours
4:00p.m. - 8:00p.m.
Nicholas F. Cognetta Funeral Home & Crematory
104 Myrtle Avenue, Stamford, CT
Funeral services provided by:
Nicholas F. Cognetta Funeral Home & Crematory
MEMORIES & CONDOLENCES
Sponsored by Nicholas F. Cognetta Funeral Home & Crematory.
4 Entries
Mr Ray was a sweet man and very kind person..I enjoy his sense of humor..the little time I took care of him was very special...r.i.p. Mr Ray..my condolences to his fam.and friends ❤
Yolanda Colon
Significant Other
June 16, 2021
Dear Rachel -- I am so sorry to hear about your dad. He was a great guy and he was so proud of you, always. Sincere condolences and my thoughts are with you --
Patricia E. Beirne
June 7, 2021
Dear Pagiarulo and Dudley Families,

Ray was a terrific guy and a great Elk. We worked together for many
years go make the Stamford Lodge thrive and be successful. I know
my fellow Lodge members will remember him fondly, and he will be greatly missed.

Mark H. Frederick
Past Exalted Ruler
Stamford Elks Lodge #899
Mark Frederick
Friend
June 6, 2021
We were so sorry to hear about Ray. Our thoughts and prayers are with you all. He was a great guy always full of fun. May he Rest In Peace.
John & Geri Ciotti Russo
Geri Russo
Friend
June 6, 2021
Showing 1 - 4 of 4 results