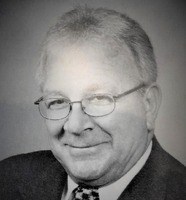 FUNERAL HOME
Bosak Funeral Home
453 Shippan Avenue
Stamford, CT
Richard J. Moavero, Sr.
Richard John ("Moe") Moavero Sr., 81, lifelong Stamford resident, and 1956 Stamford High School graduate, passed away peacefully on January 6, 2021. Richard was one of two children born to the late Louis Moavero and Catherine (Stramandinoli) Moavero. He was predeceased by his brother Louis Moavero Jr.
He is survived by his devoted wife of 57 years, Frances Pascale Moavero and their two children Richard John Moavero Jr. and his wife Francene, Arlene Moavero and Todd Kane, along with his grandchildren, Brittany Moavero and David Baker, Richard (RJ) John Moavero III, and Morgan Arvoy. Richard is also survived by his brother-in-law and sister-in-law, Frank Madden and Marie Pascale Madden, as well as by nephews Richie and wife, Joanne Moavero and Randy and wife, Gigi Moavero. He also leaves behind nieces Kathleen and Mary Jo Madden and several great-nieces and nephews.
Richard began his baseball career early, playing at the old Vine Road field where he helped his team win the 1951 Little League World Series. He then went on to stand out for Stamford High School before getting drafted by the Baltimore Orioles in 1957. Following his baseball career, Richard became a police officer where he served for 29 years. Richard also dedicated his time coaching in Stamford Babe Ruth League, and was a member of the Stamford Old Timers Association. He enjoyed time with friends on the golf course, eating dinner Tuesday night at the Italian Center Men's Club, and watching his grandchildren in multiple activities. He was also a member of the Knight of Columbus, St. Augustine Council #41. Other pastimes included watching the New York Yankees, attending weekly mass, and watching the Game Show Network.
His family welcomes all friends and relatives on Saturday, January 9th from 9 a.m. to 10:30 a.m. at Bosak Funeral Home, 453 Shippan Avenue, in Stamford; followed by a Mass of Christian burial at 11 a.m. at the Church of Saint Cecilia, 1184 Newfield Avenue, in Stamford. His interment will be at St. John Cemetery, in Darien.
In lieu of flowers, please consider making a donation in his memory to the: Allyson Rioux Memorial Foundation, PO Box 17297, Stamford, CT 06907.
In compliance with state mandates and the safety of all those attending his funeral services, it is mandatory to wear face coverings and maintain social distancing.
If you would like to leave a condolence message online, please visit the family guestbook to share memories with his family at www.bosakfuneralhome.com or www.facebook.com/bosakfuneralhome.

Published by Stamford Advocate on Jan. 7, 2021.
To plant trees in memory, please visit the Sympathy Store.
MEMORIAL EVENTS
Jan
9
Visitation
9:00a.m. - 10:30a.m.
Bosak Funeral Home
453 Shippan Avenue, Stamford, CT
Jan
9
Mass of Christian Burial
11:00a.m.
Church of Saint Cecilia
1184 Newfield Avenue, Stamford, CT
Funeral services provided by:
Bosak Funeral Home
MAKE A DONATION
MEMORIES & CONDOLENCES
Sponsored by Bosak Funeral Home.
39 Entries
To the Moavero's
Very sorry to hear of your loss. We hope all the fun times and memories bring you all peace. (He was a good friend to my dad) and I will always remember his smile. May he rest in peace. Kelly Santagata Coppola
Kelly and Tom Coppola
Friend
January 15, 2021
A Good Friend and good Cop. R.I.P. old Friend. May God Bless him and his family.
Joseph Ligi (SPD Ret.)
Coworker
January 12, 2021
Dear Fran, Richard, Arlene & family,
I’m so sorry for Richie’s passing. Cherish the loving, fun, & happy memories forever! With my sincere condolences & love, Nancy Arcano
Nancy Arcano
Friend
January 11, 2021
My deepest condolences to the Moavero Family.
Ed Gublet
Acquaintance
January 11, 2021
Heartbroken to hear. Tons of memories thru my life. So many of them when he would sit at the counter..... a great man and one of my favorite families. I’m so sorry for you all.
Lisa May Melfi
January 10, 2021
So sorry to hear about the passing of Richie. We go back many, many years. My condolences to the family. Mike & Ann Reppucci
Mike Reppucci
Friend
January 10, 2021
Aunt Frances and family. My deepest condolences go out to all of you at this time. May you all find comfort in the wonderful memories you shared. Love Bernadette
Bernadette Sabia
Friend
January 10, 2021
Fran and Family sorry for the loss of Rich. He will be missed . Especially at the West Side dinners. He was fun loving and happy go lucky . Our prayers and sympathy go out to you all. Ronnie and Louise B. Sabia
Ronald a./Louise B Sabia
January 10, 2021
Dear Fran and the entire family , Pete and I wish you strength at this very difficult time . Rich was one of a kind . He will be missed . what a kind and gentle soul he was. He’ll always be in our prayers.
Patricia Saxe
Friend
January 9, 2021
FRAN AND FAMILY SO SORRY TO HEAR ABOUT RICHIE.............HE WILL BE REMEMBERED AS ALWAYS SMILING AND HAPPY...........HE WILL BE MISSED
GAIL MOAVERO RUSSO
Family
January 9, 2021
Frannie , your family and the rest of the Moavero family,
My sincerest condolences. I was surprised to hear of Richie's passing. I was looking forward to seeing him (when Covid allows) when we resume our monthly Wednesday night dinners in Stamford ( and his verbally chastising me for not getting back to him if I was coming or not ).
He was a genuinely nice person. We will miss him.
Again, I am sorry for your lost.

Jack DeVito
Jack DeVito
Friend
January 9, 2021
To Fran and the entire family. Richie was a great friend . Having moved to Stamford 50 years ago, we met at Abbey Pharmacy where I worked and the friendship never stopped growing. Bless. You
Salvatore Rende
Friend
January 9, 2021
Dear Mrs. Moavero and family. Our condolences to you and your family. We will remember Mr Moavero in our prayers. Sincerely, Pat & Mike Ganino and the family of Fred & Kay Robertucci
Pat Ganino
Acquaintance
January 9, 2021
Dear Frannie,
I am so sorry to hear of Richard’s passing. OMG. It seems like yesterday I think we were friends and young couples. May he Rest In Peace.
Judy Lunney
Judy Lunney
January 9, 2021
Very sorry to hear that Rich has passed. Such a nice guy and a pleasure to talk to. Rest in peace. My thoughts and condolences to the Moavero family.
Duane Lovello
Family
January 9, 2021
Richie Mo,
My sincere condolences to the family. Saturday round wasn't complete without seeing him afterwards for his hilarious evaluation of the golf matches.

Frank Abbott
Frank Abbott
Friend
January 9, 2021
Rich, Arlene and Family
So sorry to hear of the passing of your Dad, Husband and Grandfather. I remember him well from the baseball diamonds and golf course. May your most heartfelt memories help you through this difficult time. Please know that you all and Mr. Moavero are in our thoughts and prayers. May Eternal Light Shine Upon Mr. Moavero and May He Rest In Peace.
Mickey & Lynn Vitti
Friend
January 9, 2021
Francis, our condolences to you and your family at this sad time.
Bill and Barbara Pustari
January 8, 2021
Deepest Condolences on your loss. Thoughts and prayers for all.
Michael Portanova
January 8, 2021
Our sincere condolences on your loss of Rich. He will be remembered in our thoughts and prayers.
Pat and Bob McGrath.
Bob McGrath
Friend
January 8, 2021
My Deepest Sympathy to the entire family. Many great memories with Rich and Lou. Rich was just a stand up guy and great person
My Thoughts and prayers are with all the family
Sincerely
Terrance McGrath
Terrance McGrath
January 8, 2021
Dear Francis and family,
We all were so sorry to hear of Richard's passing. We hold very fond memories of him, you and your family, especially during the picnics at Aunt Marge's. He was always smiling and appeared genuinely happy to see us whenever we would meet. He is someone that will be missed by many. May he rest in peace and our condolences extend to you and your family.
Sincerely,
Mildred Galasso and family
Lucy Galasso
Family
January 8, 2021
Dear Fran:

My deepest condolences to you and your family on the passing of Richard. May he rest in peace.


Virginia Orgera
Friend
January 8, 2021
Cousin Richard! Always fun, always loved. And oh the great family memories. We send our love and deepest condolences to you Frances and the family.
Gloria & Herb Hedberg
Family
January 8, 2021
Fran, Arlene and Richard,
We are so sorry to hear about Richie’s passing. Always a nice guy and a gentleman just a great guy. Enjoyed knowing him through the years. May he Rest In Peace.
Patty and Phil Brown
Patricia Brown
Friend
January 8, 2021
FRANCIS, ARLENE AND RICHIE, SO VERY SORRY TO READ ABOUT "MOE" PASSING. HE WILL DEFINITELY BE MISSED. WHENEVER HE WOULD COME TO THE PAINT CENTER YOU WERE ALWAYS GIVEN A BIG SMILE AND A HEARTY LAUGH. MAY HIS LOVE FOR HIS FAMILY AND YOUR LIFETIME OF MEMORIES HELP YOU ALL THROUGH THIS MOST DIFFICULT OF TIMES. GOD BLESS
BILL & PAM ROMAIELLO
Friend
January 8, 2021
Rich may you rest in peace, your friend Fred Bondi
Fred Bondi
Friend
January 8, 2021
Dear Fran & family:
We are so sorry for your loss. Richie was such a good and respected man. May he rest In Peace.
John & Diane Forlivio
January 8, 2021
Fran and family, sad to hear of Richie's passing. I have lots of fond memories on and off the job. A good man, friend and cop! May he rest in peace. I pray for him, you and your family as you mourn.
Steve DeVito
Coworker
January 8, 2021
Mrs. Moavero , Richard and Arlene ,
I was so very saddened to read of Mr. Moavero's passing.
I remember well growing up on West Broad way back when seeing him in his police uniform and joining us kids in a game of "kick soccer" or "wiffle ball".
On the occasion we would run into each other throughout later years he always greeted me with a warm handshake and the "remember whens..."
Mrs. Moavero , I will never forget when my beloved Father passed and you paid your respects to my family with the words " I had to be here for you boys" meaning my brother Sal and I , Richard's childhood friends. What a very special lady you always were to us as children , and still as gracious on the occasion we may run into each other and always will be in my hearts memory. I am so very sorry for your loss.
Covid has made us with med-issues so more cautionary and so please accept my sincere condolences to you all and may Mr. Moavero rest in peace.
Sincerely,
Emilio Migliorelli
Emilio Migliorelli
January 8, 2021
Fran and family
So very sorry for the loss of Richie. He was such a good man and I know he will be missed by many. We will hold him close in our hearts and our prayers.
The Spoto Family
Dolores Spoto
Friend
January 8, 2021
Dear Fran and family,
We are very sorry to hear about Richie's passing. Richie was a great guy. I have many fond memories. Our prayers and thoughts are you and your entire family. May he rest in peace Amen.
With affection,
Vito & Kathy Romano

Vito Romano
Friend
January 8, 2021
Dear Fran and family,
So very sorry to hear this. Rich was a favorite cousin of mine. One of the nicest people always.
Sue Vontobel
January 8, 2021
Frances and entire Moavero family. My deepest and heartfelt condolences on Rich's passing. He was one of the nicest guys I had the pleasure of working with and enjoying many golf trips we shared. I will keep you all in my thoughts and prayers during these difficult times.
Guy A Potolicchio
Friend
January 8, 2021
To the Moavero Family
So sorry to hear of Richie's passing. Prayers and condolences to all.
Mike Raduazzo, SHS'56