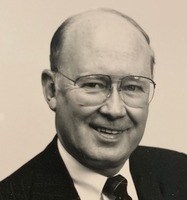 Thomas Christopher Marron
Thomas Christopher Marron passed away peacefully on Tuesday, June 16, 2020. He was born on Christmas Eve, 1936 to Irish immigrants, Thomas Marron and Mary Kate Butler Marron, in Stamford, CT. Tom was a loving brother to two sisters, Nora and Eileen, and two brothers, Jerry and James. He was an accomplished ballroom dancer, competing in The Harvest Moon Ball at Madison Square Garden, performed on The Ed Sullivan Show and American Bandstand with Dick Clark. His passion for his New York Sports teams and Big East basketball was only rivaled by his love for Frank Sinatra's music. Tom served in the Army National Guard from 1959 to 1964 reaching the rank of Captain. He attended The Colorado School of Banking at The University of Colorado which helped pave the way to a very long and successful 40-year career at State National Bank in Fairfield County, Connecticut where he served as President. Tom was a very dedicated father and retired to be closer to his children and grandchildren in San Jose, California. His leadership qualities carried over to the communities he cared so much about. He was a dedicated leader and Lieutenant Governor of the Kiwanis Club awarded Distinguished Lieutenant Governor of the New England and Bermuda District. In California, Tom served as "Big S.I.R." (Sons In Retirement) where he was awarded lifetime membership and was president of the Eden Neighborhood Association in San Jose, CA.
He married Elaine Nuro, whose family lived across the street. They celebrated 60 years together and built a beautiful family of 6. Nothing gave Tom more pleasure than coaching his sons' baseball and basketball teams, watching his daughter in the marching band or cheering on his eight grandchildren in whatever was important to them. Tom was the ultimate family man who will be missed by everyone who knew him. He is survived by his wife Elaine, and 4 children: Elizabeth Rothschild (Richard), Thomas (Katie), David (Dana), and Ted, along with 8 grandchildren (Meggie, Teddy, Mary Kate, Grace, Thomas, David, Jack and Michael), and his sister Eileen Macklin, his brother James Marron and his many nieces and nephews.
Published by Stamford Advocate on Jul. 2, 2020.
To plant trees in memory, please visit the Sympathy Store.
MEMORIAL EVENTS
To offer your sympathy during this difficult time, you can now have memorial trees planted in a National Forest in memory of your loved one.
MAKE A DONATION
MEMORIES & CONDOLENCES
16 Entries
Our deepest sympathy to Elaine and all the family. It is sad times like this when we realise just how far apart we all live and we lose a loved member of our family. The last time we all met was Serena and Andrews wedding in Bruff Co Limerick and afterwards at Dromoland Castle Co Clare.
May Tommy rest in peace he was a lovely man
Aileen Thompson nee Butler
Family
July 15, 2020
Rest in peace cousin. Wonderful memories of Dromoland and many past times spent together.
Aileen Thompson
Family
July 15, 2020
We will always remember what a gracious host Tom + Elaine were to our whole family when we came to their hometown for Rich + Lizs wedding! He always greeted you like you were the most important person in the room. Rest In Peace Tom, see you again.
Nancy Reynolds
Family
July 12, 2020
Tom was a friend and my dance partner for The Harvest Moon Ball. He was special. I always remmber him letting me take my drivers test in hi brand new car. That's just the way he was. I was pleased to see Elaine and Tom recently at our high school reunion. We even got to dance once more.
My deepest sympathy and prayers go to Elaine and the Marron family.
Olivia Hardvall Jaugstetter
Friend
July 9, 2020
Your dad (and all of you) are an extension of our own family. I have no memory of you all not being in our lives. He and Elaine were such dear friends to our parents. We will miss his big personality! xoxo Trish

Trish Clark
Friend
July 7, 2020
what a beautiful legacy Tom left for all who knew and loved him.The cherished memories that are stored forever in the heart will bring comfort now and joy in times to come. Love Barbara Rothschild
Barbara
Grand Parent
July 7, 2020
Tom was a pleasure to be around and so loved his family. He always called Liz at least once whenever I was spending time with her. RIP
Tamara Costa
Friend
July 7, 2020
To the Marron family. Mr. Marron was my first boss at State National Bank in 1973. I was in high school and was in the working program. I remember him as being a very kind man. May your memories bring you comfort now and always.
Debbie DeLuca
Debbie DeLuca
Coworker
July 6, 2020
You had a full life and were blessed by your family.
Thomas MCWILLIAMS
Friend
July 5, 2020
It was so nice to find such endearing messages from friends and family of my Mom and Dad. I have shared them all with my mother and she was so touched. Peter, the memories you shared were incredible. My Dad really loved his family and would do anything for them. If you were his friend, you had a friend for life. He was an amazing role model who taught his children many important life lessons - be humble, work hard, cherish your family and be an example for others. Thank you to all who knew and loved him. You made his life better.
Dave Marron
Son
July 5, 2020
Dear Elaine and Family, I remember many wonderful times with The Marron; you were like family. May Tommys memory be a blessing to all that knew and loved him. May he Rest In Peace in Gods hands.
Love,
Helen and Marty Siegal
Marty Siegal
Friend
July 5, 2020
To Elaine, Tom, Liz, Dave & Ted, we are so sorry for your loss. Tom was a force of nature! Anything he set out to do, he accomplished. He truly was a great brother to all his siblings. He will be missed by many.
James & Pam Marron
Family
July 4, 2020
Dear Aunt Elaine, Elizabeth, Tom, David, Ted, Aunt Eileen & Uncle James, I Loved having Uncle Tommy in my life and enjoyed his love of Sports. He was also a very good pitcher playing fast pitch softball which I enjoyed going to his games when I was quite young. He took me to a Giants - Browns football game where I enjoyed seeing the great Jim Brown play and also took me to a Knicks basketball game stopping into a pub later where some of the Knick players were. I enjoyed taking him to a Giants Packers game when I was in college. He was a supportive positive influence on my life and his presence at my High School basketball team games and feedback was very much appreciated. Enjoyed the summer cookouts on Lenox Ave with the food, Irish Music and touch football and wiffle ball games in back yard. Missed him after his move to California and mostly saw him at family weddings and funerals after that. The Eulogy that he gave for his brother Jerry was superbly touching and humerous as well. He had us laughing when he described the time Jerry took his father's car out for a ride when he was only about six years old! There's nothing like the humor that you will find at an Irish funeral. Now he will be reunited with family and friends that preceded him to eternal life.
Until we meet again, may the Lord hold you in the palm of his hand. Love, Nephew and Cousin Peter
Peter Loughran
Family
July 3, 2020
Dear Elaine and Family
So sorry to hear about Tom
Love and Prayers
Marie Pascale Madden
Marie Madden
Acquaintance
July 3, 2020
I was friends with James the youngest brother of Thomas. I remember Thomas buying a brand new 1956 Ford Galaxy. When the weather was bad he would drive James and I from the West Side to St. John's parochial school in down town Stamford in his new car. Rest in peace Tom and God bless and thank you for the rides.
John Bromfield Jr
Friend
July 2, 2020
Elaine, so sorry for your loss - beautiful obituary. Lucy & Julio
LUCY M MONTELEONE
Family
July 2, 2020
Showing 1 - 16 of 16 results