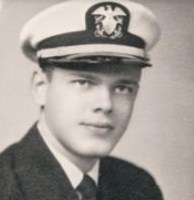 Walter Charles Gwinner
Nov 2, 1921 - Dec 13, 2020.
A glass of scotch in one hand and the tiller of his sloop in the other, Walter Charles Gwinner sailed into heaven on the wings of angels to a clarinet tune of Benny Goodman on Sunday, December 13, 2020 at 99 years.
Born November 2, 1921 to Charles Christian and Mabel Eggert Gwinner in Philadelphia, Pennsylvania, Walter attended Roslyn Elementary and Abbington High School graduating in 1939. A Chemical Engineering student at Penn State graduating early in December 1942, he attended an advanced " 90 Day Wonder" ROTC program at Throgs Neck, New York, resulting in his commission as a U.S. Navy Lieutenant(jg). He was subsequently assigned as a deck officer on a Navy troop transport operating in the Pacific Theater. Following the end of WWII he resigned from the Navy in 1946. Using his GI Bill he earned an MBA through Columbia University, NYU and Brooklyn Polytechnic.
Walter married Marjorie Jane Dempsey in September 1946 and went to work for American Cyanamid Company, and Commercial Solvents Corporation where he was published in Chemical Week Report. He then went to work for Enjay Company and Stanley Chemical Company where he developed and patented a crown machine which produces the plastic liner for bottle caps (crowns).
Following his separation from Jane in 1969 he joined Zapata Industries thereby advancing the industry by replacing the more costly cork liner with plastic. Ultimately purchasing Voltax Company which produced industrial paints, he also built a factory, (Voltax Industries), which produced plastic for the bottle caps (crowns). He travelled extensively in Latin American, South America, Europe and Asia for business.
In his spare time, Walter sailed his sloop on Long Island Sound and, as the definitive Yankee tinker, worked on anything mechanical yielding a number of additional patents. A talented clarinetist he performed with the Westport Community Band, New Canaan Community Band and the Milford Senior Center Band in Connecticut, as well as the Florida Synagogue Orchestra in Ft. Lauderdale, Florida (he had a very full life).
Walter met and married the lovely and vivacious Elemi Garcia Noyes in 1973 with an adventure lasting nearly 48 years until his passing. He leaves behind their combined family of six children, Marjorie Gwinner Rice, Janet Gwinner Rodgers, William Lessing Gwinner, Dorothea Noyes Ragsdale, Nicholas Noyes and Marianne Noyes Ryder, their spouses, thirteen grandchildren, one step-grandson, and seven great-grandchildren. They enjoyed living in Stamford and Milford, Connecticut and Sunrise, Florida. The family is eternally thankful for the enduring love, support and care given by Elemi and his kind and compassionate caregivers. Scattering of ashes will be on Long Island Sound in Connecticut after the pandemic has passed. Remembrances in his memory may be made to St. Jude Children's Research Hospital, Doral, Florida or the Church Farm School, Exton, Pennsylvania. 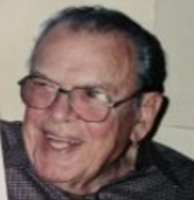 Published by Connecticut Post & Stamford Advocate on Jan. 7, 2021.
To plant trees in memory, please visit the Sympathy Store.
MEMORIAL EVENTS
To offer your sympathy during this difficult time, you can now have memorial trees planted in a National Forest in memory of your loved one.
MAKE A DONATION
Please consider a donation as requested by the family.
MEMORIES & CONDOLENCES
1 Entry
Fair Winds and Following Seas, Shipmate. Your watch is over, rest in peace.
Fellow Navy Sailor
January 8, 2021
Showing 1 - 1 of 1 results