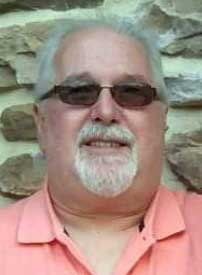 Charles L. "Chuck" Snyder, 63, a husband, father and friend to many, passed away unexpectedly Tuesday.

He worked as a lifelong auto body technician. He first worked at Ecker's Auto Body, which was formerly owned by his family, and he most recently was employed at Barber Ford, Hazle Twp., since 2004, where he made many enduring friendships.

Charles had an infectious laugh, an amazing personality and was a friend to everyone. He had a passion for riding his side-by-side, any kind of car races and spending time with his wife, Randi, and dog, Parker. He also had a love for anything sweet and tasty.

He will be missed by all and will never be forgotten.

Surviving are his wife, Randi, to whom he had been married for the past 18 years; his brothers, Carl and Calvin; his sisters, Carolyn, Cindy and Cheryl; his children, Crystal (Snyder) Landis and her husband, Jeremy, Weatherly; Cole Snyder, White Haven; and Nicholas Rolls, Drums; his stepdaughter, Kristina Biros, Ohio; his grandchildren, Alex and Carter Landis; and DJ, Cohner and Liberty Biros; and several nieces and nephews.

In lieu of flowers, donations made to https://gofund.me/dada22a8 would be greatly appreciated by the family.

Published by Standard-Speaker on Dec. 3, 2021.
To plant trees in memory, please visit the Sympathy Store.
MEMORIAL EVENTS
To offer your sympathy during this difficult time, you can now have memorial trees planted in a National Forest in memory of your loved one.
MAKE A DONATION
MEMORIES & CONDOLENCES
0 Entries
Be the first to post a memory or condolences.