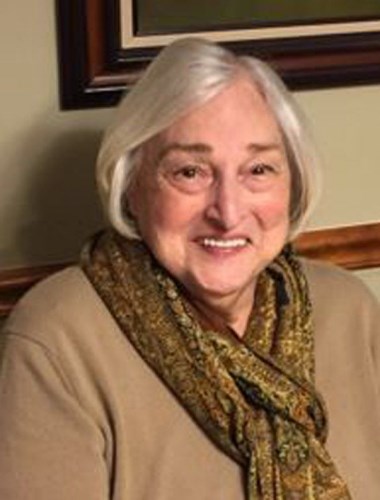 During the early evening hours of Saturday, Emily Mussoline, better known to those who loved her as "Bubba," of Hershey (formerly of Hazleton) passed away into the loving arms of her Lord and Savior in her home at the age of 92.

Born on June, 30, 1929, in McAdoo, to the late George and Amelia (Puhalo) Brankovich, Emily was one of eight children. She was a 1947 graduate of Hazleton High School, where she met her husband, Joseph A. Mussoline. The two were married July 24, 1948. Emily devoted her life to being a caring and loving wife, mother and grandmother.

In addition to tending to her family, Emily was an avid reader. She also enjoyed sewing, needlepoint and playing pinochle with her closest friends.

Preceding her in death, in addition to her parents, were her husband, Joseph A. Mussoline; brothers, Paul, Steve and George Brankovich; and sisters, Anna Salvaterra, Zory Vukson, Helen Otterbine and Catherine Paisley.

No public viewing or funeral services will be held. Emily's family plans to hold a small and intimate celebration of her life at a date to be determined.

Contributions in her honor can be made to Caring Hospice Services of Central Pennsylvania, 101 Good Drive, Unit 1, Lancaster, PA 17603.

Published by Standard-Speaker from Nov. 29 to Nov. 30, 2021.
To plant trees in memory, please visit the Sympathy Store.
MEMORIAL EVENTS
To offer your sympathy during this difficult time, you can now have memorial trees planted in a National Forest in memory of your loved one.
MAKE A DONATION
MEMORIES & CONDOLENCES
1 Entry
Please let me know you got my message 5705788026 just want you all to know My family loved joe and emily as nd me susan and robert they were are guarded angel my heart breaks
Georgiann Hardish
November 29, 2021
Showing 1 - 1 of 1 results