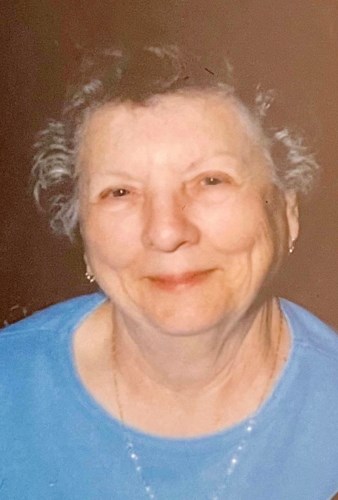 She was born Sept. 18, 1931, in Sylvester, Texas. She was the daughter of the late Roy Lee Power and Menvil Katherine Jeffrey Power.

She was a seamstress in McAdoo. She enjoyed traveling, reading books and gardening. Jessie met her late husband, William J. Wesner, in Wichita Falls, Texas. He was an Air Force veteran of the Korean War.

Her heart will always be in Texas. It was a special place for her. We will hold you in our hearts until we can hold you again in Heaven.

Services will be private and held at the convenience of the family.

Published by Standard-Speaker from Dec. 4 to Dec. 5, 2021.
To plant trees in memory, please visit the Sympathy Store.
MEMORIAL EVENTS
To offer your sympathy during this difficult time, you can now have memorial trees planted in a National Forest in memory of your loved one.
MAKE A DONATION
MEMORIES & CONDOLENCES
2 Entries
Sending my deepest sympathy. I have the fondest memories of your mom when we were growing up. So sorry for your loss.
Marsha Carmadella
Friend
December 6, 2021
May you rest in eternal peace. My condolences to the family. Our Deepest Sympathy.
Susan & Michael Keefe
Friend
December 6, 2021
Showing 1 - 2 of 2 results