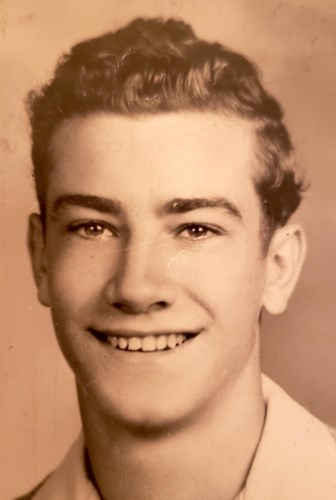 Born in Hazleton, he was the son of the late Joseph and Winifred (Gavio) Rough and was a member of Good Shepherd Church, Drums.

He worked at the Standard-Speaker for 39 years. He helped build the Hazle Twp. Little League Field, won four championships from 1969 to 1972 with Farmers Dairy and coached his sons. Joseph was also an avid hunter and a Notre Dame Fan.

He was also a good storyteller, telling stories to his grandchildren about growing up with his friends on Alter Street and the games they played. As his grandchildren grew up, he loved going to all their sporting events, he was their number one fan. Joseph and his wife also enjoyed traveling.

Preceding him in death, in addition to his parents, were his wife, the former Anna Mae Clatch, in 2011; and brothers, Francis and John Rough.

His Mass of Christian Burial will be celebrated at 10 a.m. Friday in Good Shepherd Church.

Burial will be in Calvary Cemetery, Drums.

The family will receive friends from 9 to 10 a.m. Friday at the church.

Joseph A. Moran Funeral Home, 229 W. 12th St., Hazleton, is in charge of the arrangements.

Condolences can be sent through www.moranfuneralhome.com.

Published by Standard-Speaker on Nov. 29, 2021.
To plant trees in memory, please visit the Sympathy Store.
MEMORIAL EVENTS
Dec
3
Visitation
9:00a.m. - 10:00a.m.
Good Shepherd Church
PA
Dec
3
Mass of Christian Burial
10:00a.m.
Good Shepherd Church
PA
Funeral services provided by:
Joseph A Moran Funeral Home Inc
MAKE A DONATION
MEMORIES & CONDOLENCES
Sponsored by Joseph A Moran Funeral Home Inc.
1 Entry
I was so sorry to hear about your Dad´s passing. I know how he loved his children, grandchildren and great grandchildren. He will be missed. My thoughts and prayers are with your family. Carmine, you were always there for him. Sincerely, Jeanne
Jeanne Kramer
November 30, 2021
Showing 1 - 1 of 1 results