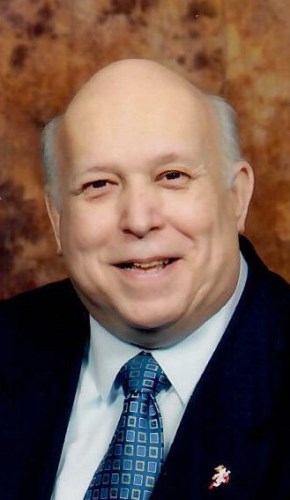 The Rev. Michael R. Gardy, 76, of Muncy, died and left his earthly pain and suffering to be restored in the arms of our heavenly father Thursday in University of Pittsburgh Medical Center Susquehanna, Williamsport, after three days in intensive care.

He was born June 6, 1944, in Hazleton, where he was raised, a son of the late Michael and Clara Mae Knelly Gardy.

On May 31, 1969, he married the former Sally A. Snyder, who survives. Together they celebrated 51 years of marriage.

Michael graduated from Hazleton High School, received his Bachelor of Arts degree from Lycoming College, Williamsport, and his Master of Divinity from Wesley Seminary in Washington, D.C. He received numerous other certificates and accolades including: coursework at American and George Washington universities, clinical pastoral education from St. Elizabeth's Hospital, training in leader education, parent effectiveness, management effectiveness and neurolinguistics, and studied with Dr. Ed. Friedman in Bethesda, Md.

He served the church in many professional organizations including the Board of Ordained Ministry of Central PA conference, Superintendency and Episcopacy Committees, District Council and Committee of Ministries, Williamsport and Muncy Ministerium, Cluster leader for the Muncy, Montgomery and Hughesville area, Susquehanna Council of Boy Scouts of America, Rotary, Kiwanis and Masons, of Muncy.

He liked sports, including wrestling and playing football in high school and college. Michael enjoyed playing the guitar, piano, accordion and singing in the choir.

In addition to his parents, he was predeceased by his beloved gram, Viola Mae Knelly; and his sister, Carole Gardy Leonard.

Surviving, in addition to his wife, are two nieces, Jacquei Quiroz and husband, James; and Shelley Seeno and husband, Vinny; and a nephew, Joseph Leonard and his wife, Jessica.

May his soul be peaceful and happy for eternity.

Contributions in Michael's memory may be made to any local United Methodist Church.

Services are being planned for June with inurnment in Muncy United Methodist Church Columbarium.

The family is being assisted by Grenoble's, 121 S. Main St., Muncy.

Expressions of sympathy may be shared at www

To plant trees in memory, please visit our Sympathy Store.
Published by Standard-Speaker on Jan. 18, 2021.
MEMORIAL EVENTS
No memorial events are currently scheduled.
To offer your sympathy during this difficult time, you can now have memorial trees planted in a National Forest in memory of your loved one.
Funeral services provided by:
Grenoble Funeral Home Inc
GUEST BOOK
Sponsored by Grenoble Funeral Home Inc.
0 Entries
Be the first to post a memory or condolences.