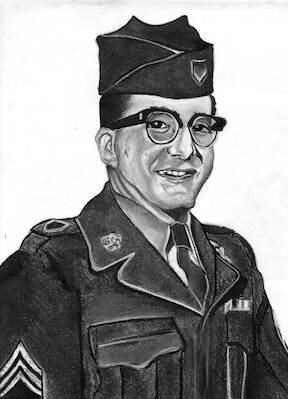 Horseheads - Royce passed away Friday, May 28, 2021 after a brief illness. He was born in Brandonville, PA to Harry and Dorothy Layton. He enlisted in the US Army after high school. After serving in the Army, he enlisted in the Air Force. He served our country for 7 years between the two. While in the Air Force, he became a radar tech. Multiple government jobs took him and his family all over the country. From Alaska to Maryland and finally ending up in Horseheads NY as a radar tech for the Elmira Corning Regional Airport. He retired from the FAA in 1989 and became a handyman around the area. He enjoyed gardening and fishing. An avid reader, he read thousands of books over his lifetime. He loved spending time with his kids and grandkids. He is predeceased by his parents Harry and Dorothy Layton, brother Vernon Layton, sister Phyllis Bosavage, and son Keith Layton. He is survived by his wife of 63 years Catherine Layton; sons Bryan, Todd and Brad (Nikki) Layton; grandchildren Annabelle Prigge, Julianna Layton, Jacob Layton and Sean Townsend. Royce enjoyed life to its fullest. Anyone who knew him, knows he was always good for a joke and a couple laughs. He will be missed by his family and friends. Committal service in Woodlawn National Cemetery will take place, Friday, June 18th at 2pm with military honors. Arrangements by Barber Funeral Home, Horseheads.