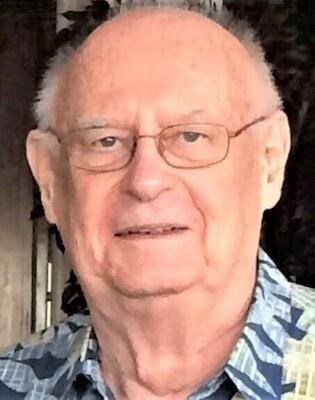 He was born on August 28, 1932 in Elmira, New York. He graduated from Elmira Free Academy and went on to attend Hamilton College and Princeton University where he earned his Ph.D. He was a Professor of Greek Studies at Princeton University until his retirement. Jim was the author of numerous books, essays, and other written works including a history of the Sourland Mountain region of New Jersey. He was also a prolific artist and lover of opera, classical music and theater. Jim and Marvin were also fortunate to have travelled the world together. He will be dearly missed by his family as well as the many friends he made during his long and rich life. A memorial service for Jim is scheduled for Thursday, June 10th, 2021, at 4:00 pm, in the Seabrook Village multi-purpose room across from the auditorium. Donations in memory of Jim can be sent to the Seabrook Scholar's Fund, attention Ann Marie Matthews, Town Square, 3004 Essex Road, Tinton Falls, NJ. 07753. Funeral arrangements are under the direction of Ely Funeral Home, Neptune, NJ.


To plant trees in memory, please visit our Sympathy Store.
Published by Star-Gazette from Jun. 4 to Jun. 7, 2021.
MEMORIAL EVENTS
Jun
10
Memorial service
4:00p.m.
the Seabrook Village multi-purpose room across from the auditorium
, NJ
Funeral services provided by:
Ely Funeral Home
MEMORIES & CONDOLENCES
Sponsored by The Star-Gazette.
0 Entries
Be the first to post a memory or condolences.