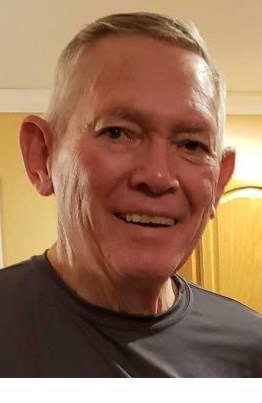 Born at his home in Chester, MD on July 23, 1946 to the late Hugh Elliott Harris and Mary Esther Harris. George grew up in Chester and was a graduate of Stevensville High School class of 1964. He was in the US Marine Corps Reserves from 1965 to 1971 serving as an aircraft mechanic. He met the love of his life Mary Lynn Gaeng in high school. They were married in 1966 and made a home in Bay City on Kent Island, where they lived until 2016. George was well known on the island as a waterman, beginning his career working with his father oystering and crabbing. During his 30+ year career in the seafood industry he operated Hale & Harris Seafood, then Fisherman's Seafood and Captain Elliott's Seafood. George then worked in HVAC until retiring in 2016 and moving to Seaford, Delaware.

Above all he loved spending time with family and friends - traveling, hiking, kayaking, fishing, bird watching, and working out together. All who knew him described him as a gentle giant who was humble and kind, hardworking and well respected. Always willing to lend a hand, he started every project with an "all ya gotta do" and ended with a bag of "spare" parts and a lesson so you'd know how to do it the next time, even though he'd still be right there beside you to help you along.

A graveside service will be held on Saturday, March 6th, 2021 at Woodlawn Memorial Park in Easton, MD at Noon.

In lieu of flowers, please consider making a donation to One Year to Empowerment, https://www.oneyeartoempowerment.org/.

To plant trees in memory, please visit our Sympathy Store.
Published by The Star Democrat on Mar. 3, 2021.
MEMORIAL EVENTS
Mar
6
Graveside service
Woodlawn Memorial Park
, Easton, Maryland
Funeral services provided by:
Fellows, Helfenbein & Newnam Funeral Home Pa
GUEST BOOK
Sponsored by Fellows, Helfenbein & Newnam Funeral Home Pa.
1 Entry
George and Lynn were our dear neighbors in Bay City (Kent Island) for many years. George was truly inspirational having overcome a most severe work place injury. His adoring dog, Holly ( a sweet pup all wished they had) never left his side. The Harris’s are the wonderful people we all want to be around and emulate. Heart goes out to Lynn (true rock), daughter, son, and grandkids. Ellan and Marilyn
Ellan wharton
Neighbor
March 7, 2021