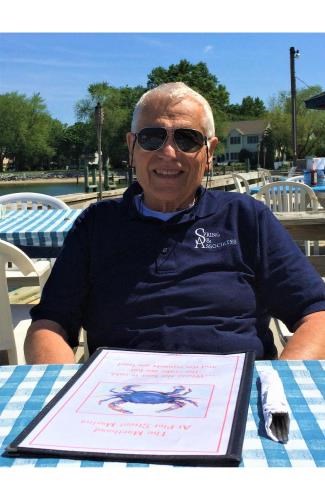 Following graduation from St. Paul High School, he attended Middlebury College in Burlington, VT and later joined the Air Force. William was medically discharged from the Air Force and went on to become a private pilot, a building contractor and developer in the Hamptons, L.I., NY. In 1970, Mr. Gallagher and his family moved to the Eastern Shore of Maryland where he lived until 2018. He was the president of Shamrock Airlines (formerly Wye Aviation) in Easton, MD in the early 1970s. William's passion in life was flying airplanes. He took his family on many outings over the years and loved to show off his flying prowess by suddenly doing aerial tricks or buzzing friends on the ground. He was quite the mischievous, but talented, pilot!

William was preceded in death by his wife, Sue Hennings Gallagher, a son, Christopher Michael Gallagher, and a granddaughter, Eurith Faye Hopkins and her husband, Christopher Hopkins. He is survived by his beloved children, Freya Elizabeth Gallagher of Southwest Harbor, ME, Katherine Gallagher Payne and her husband, Jeff, of Ocean City, MD, Mark Kerr McCandless and his wife, Susan, of Preston, MD, Michael William Gallagher and his wife, Jimena, of Goffstown, NH, Kevin Hennings McCandless and his wife, Laura, of Overland Park, KS, and an "honorary" son, Abner Alexander Estrada of Easton, MD; seven grandchildren; four great grandchildren, and his beloved Maine Coon kitty cat, Moose. Along with his parents, he was predeceased by his brother, John Norman Gallagher.

A Celebration of Life for Mr. Gallagher will be private. In lieu of flowers, those who wish to remember William in a special way may make a donation in his name to the Wounded Warrior Project, PO Box 758516, Topeka, KS 66675-8516. Condolences to the family may be expressed at BrookingsSmith.com.

Published by The Star Democrat on Mar. 22, 2021.
To plant trees in memory, please visit the Sympathy Store.
MEMORIAL EVENTS
To offer your sympathy during this difficult time, you can now have memorial trees planted in a National Forest in memory of your loved one.
Funeral services provided by:
Brookings-Smith, Main Chapel
MAKE A DONATION
Please consider a donation as requested by the family.
MEMORIES & CONDOLENCES
Sponsored by Brookings-Smith, Main Chapel.
0 Entries
Be the first to post a memory or condolences.