Kathryn was a graduate of Emporium High School in Pennsylvania and George Washington University in the District of Columbia. She was a former member of the St. Paul's United Methodist Church in Kensington, Maryland and Culpeper United Methodist Church in Culpeper, VA. She was active in multiple social organizations including Past Matron of the Kensington Chapter of the Order of Eastern Star, the Daughters of the Nile, and the Daughters of the American Revolution. Formerly of Emporium, Kathryn lived most of her life in Kensington where she was employed as an accountant with Kiplinger Magazine and the Law Office of J. Bruce Kellison before retiring in 2007. Following her retirement, she and her husband moved to Boston, VA.

She always loved to travel and her family was her pride & joy.

Survivors include: two daughters, Karen Jennings and husband Ted Weber of Annapolis, MD and Leigha Gordillo of Kensington; four grandchildren, Marcelo, Helena, Eloise and Charlotte all at home; a niece and two nephews, Jill (Joseph) Cunningham, Ward (Pam) Zimmer, and Andy (Skip Bickert) Zimmer as well as nieces and nephews on her husband's side and other extended family.

In addition to her husband she was predeceased by her brother Henry Zimmer.

Funeral and Committal Services will be held Monday, October 19, at 1:00 p.m. in the First United Methodist Church in Emporium, PA with the Rev. Joseph Short, pastor, officiating. Friends will be received at the Church for one hour prior to the services. A separate memorial service in Culpeper, VA will be held at a later date.

Burial will be in Newton Cemetery, Emporium. Memorials, if desired, may be made to a charity of the donor's choice.

Arrangements are under the direction of the Coppersmith-Condon Funeral Home, Emporium.
To plant trees in memory, please visit our Sympathy Store.
Published by The Culpeper StarExponent on Oct. 18, 2020.
MEMORIAL EVENTS
Oct
19
Visitation
12:00p.m. - 1:00p.m.
First United Methodist Church
, Emporium, Pennsylvania 15834
Oct
19
Funeral
1:00p.m.
First United Methodist Church
, Emporium, Pennsylvania 15834
Funeral services provided by:
Coppersmith-Condon Funeral Home
GUEST BOOK
5 Entries
Kathryn provided so much joy in my childhood. She was to me, truly a God mother. Her friendship with my mom provided so many visits and opportunities for Kathryn to make me feel special. I'll always carry her in my heart.
Kristy Whitten-Peterson
October 22, 2020
Sending prayers of comfort. I so enjoyed working with your mom on many Job´s Daughters activities. Such a dedicated worker, she will be missed.
Kathy Morgan
October 20, 2020
Kathryn was such fun at the bridge table - never a dull moment - always pleasant and our bridge group will miss her!
Shirley Opocensky
October 20, 2020
My heart is broken without my weds nite I hop buddy may you rest in peace .your with your hubby now
Jane loveland
October 18, 2020 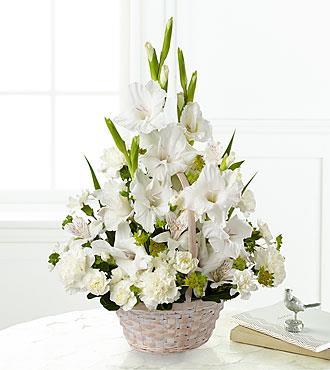