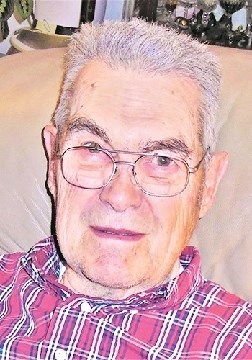 BORN
1934
DIED
2020
Bernard Francis Stanley November 18, 2020 Bernard Francis Stanley of Bridgeport, NE, passed away at Skyview in Bridgeport on Wednesday November 18, 2020. Services for Bernard will be held at First Presbyterian Church, 1014 S St., Bridgeport, NE, at 11 a.m. on Monday, Nov. 23, 2020. Viewing will be held at the church 10 - 11 a.m. The ceremony of ashes will be held by the family on the Colorado homestead at a future time. Memorials may be given for brain research to CurePSP or to the First Presbyterian Church. Bridgman Funeral Home is entrusted with arrangements; online condolences can be made for Bernard at www.bridgmanfuneralhome.com. Bernard was born on April 29, 1934, Weld County, CO, fourth of twelve children of Brooks and Velma Stanley. Bernard attended Midway country school through the 8th grade and graduated from New Raymer High School in 1952. He majored in Animal Science at Colorado A&M and joined the Farm House Fraternity. Following his Bachelor's Degree in 1956 Bernard enlisted in the Army, specialized as a Missile Propulsion Mechanic and was stationed at Ft. Sill, OK. He helped launch Corporal Missiles at White Sands Testing Grounds during the Cold War. After active duty he began employment as a 4-H Agent in the Extension Service at Grand Junction, CO. He married Betty Bingemer on April 9, 1961. The couple moved to Boulder, CO in 1963, where Bernard attended law school at the University of Colorado. During this time, he was employed to attach foil strips to the frame of the fuel cells of the Apollo Space Ship, a proud, though small, offering toward that great historical event. In 1964 the couple moved again to Ft. Collins, CO to begin work on advanced degrees. Their first child, Barton, was born September 13, 1966 and the family moved to Curtis, NE where he worked a dual job as Frontier County Extension Agent and soils inspector at the new Nebraska School of Technical Agriculture. This evolved into full time employment as an Extension Agent for Frontier County where he served for over eight years. Two more children, Bryan and Brenda, were born during this time and Bernard completed his Master's Degree of Agriculture in Agronomy at C.S.U. Bernard's next employment with Inter-American Laboratories as an agricultural consultant relocated his family to Bridgeport, NE, Christmas of 1975. Since that time Bernard has done consulting, aerial photo mapping for F.S.A., corn seed sales, mushroom farming, windmill and water well services, some through his own business, Agricultural Specialties Company. In his later years Bernard enjoyed being a bus driver for the Bridgeport Public Schools. His interests have included coin and marble collecting, working his vintage tractor and co-authoring his family's history, Stanleys' Hightower Homestead, The First 100 years, with his wife, Betty. Aside from a host of professional organizations Bernard has been active in Rotary International, Toastmasters, Wild Cat Audubon Society, C.S.U. Rodeo Club Alumni, 4-H Leader and 246th Missile Battalion alumni group. He has been an active member of the First Presbyterian Church of Bridgeport. Bernard was preceded in death by his parents and three siblings. He is survived by his wife, sons and daughter, eight siblings, and numerous grandchildren and great-grand children.
To plant trees in memory, please visit our Sympathy Store.
Published by The Star-Herald on Nov. 21, 2020.
MEMORIAL EVENTS
Nov
23
Viewing
10:00a.m. - 11:00a.m.
First Presbyterian Church
1014 S St , Bridgeport, Nebraska
Nov
23
Funeral service
11:00a.m.
First Presbyterian Church
1014 S St , Bridgeport, Nebraska
Funeral services provided by:
Bridgman Funeral Home
GUEST BOOK
1 Entry
He was a good man, I will miss him. Rest easy, my friend.
Adam Haupt
November 21, 2020