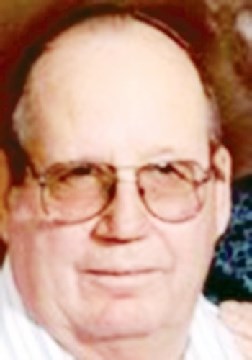 BORN
1928
DIED
2021
Budd E. Leeper September 14, 2021 Budd E. Leeper, 93, of Scottsbluff, Nebraska passed away Tuesday, September 14, 2021, at the Western Nebraska Veteran's Home in Scottsbluff. His funeral Mass will be held Monday, September 20, 2021, at 2:00 pm at Christ the King in Gering with Father Michael McDonald officiating. A rosary will be held at 1:30 pm and visitation will start at 12:30 pm. A graveside service will be held on Tuesday, September 21 at 10:30 am at St. Elizabeth's Cemetery in Oshkosh with military honors provided. The family requests casual dress at the services. Masks are optional. Memorials may be made to the family to be designated at a later date. Online condolences may be left at www.dugankramer.com. Dugan Kramer Funeral Chapel is in charge of arrangements. Budd was born on June 16th, 1928, near Brule, NE, to William and Roxie (Cranmore) Leeper. He was the youngest boy of seven children and two cousins that were raised alongside him. He attended school in Garden County and Keith County. Budd joined the army in 1951 and was stationed in Europe. Budd worked as a telephone repairmen/ technician where he met Lorene Louise Krajewski, a telephone operator. They were married on June 25, 1955, in Oshkosh and to this union six children were born: Linda, Dennis, Don, Gary, Tim, and Steven. After 31 years and achieving a supervisor position, Budd retired from the telephone company. The couple moved to Scottsbluff in the 1980s and then to Gering in 1998. Budd had a dairy farm and cattle for many years. He enjoyed fishing, listening to country music, playing cards with family, and teasing his grandkids. His favorite time of year was Husker season and he loved to passionately discuss the most recent game. Budd was a dedicated and hard-working father, husband, friend, and grandfather. Budd is survived by his daughter Linda (Larry) Sherfey of Lewellen; sons Dennis (Kim) Leeper of North Platte, Don (Stephanie) Leeper of Gering, Gary Leeper of Oshkosh, Tim Leeper of Gering, and Steven Leeper of Mitchell; sister Rosie Cooper of Harrisburg; nine grandchildren, 19 great grandchildren, and 2 great great grandchildren; brother- and sister-in-law Dean and Delores Lake of Oshkosh, and numerous nieces, nephews and special friends Marvin and Lynette Brown. Preceding him in death were his wife, Lorene; parents; siblings Ed, Bob, Albert, Gloria, and Williadean; and father- and mother-in-law Ed and Katherine Krajewski. Budd lived at Western Nebraska Veteran's Home for the last four years, where he received excellent care and the family is grateful for the compassionate and professional staff.
Published by The Star-Herald on Sep. 19, 2021.
To plant trees in memory, please visit the Sympathy Store.
MEMORIAL EVENTS
Sep
20
Visitation
12:30p.m.
Christ the King
NE
Sep
20
Rosary
1:30p.m.
Christ the King
NE
Sep
20
Funeral Mass
2:00p.m.
Christ the King
Gering, NE
Sep
21
Graveside service
10:30a.m.
St. Elizabeth's Cemetery
Oshkosh, NE
MAKE A DONATION
MEMORIES & CONDOLENCES
0 Entries
Be the first to post a memory or condolences.