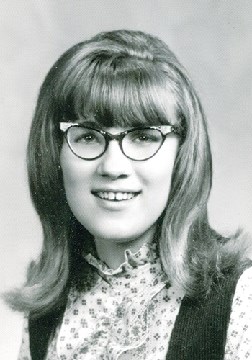 FUNERAL HOME
Bridgman Funeral Home - Scottsbluff
2104 Broadway
Scottsbluff, NE
Cynthia Banghart September 30, 2021 Cynthia Banghart, 69, of Gering, passed away Thursday, September 30, 2021, at home. Her funeral service will be held at 2pm on Wednesday, October 6, 2021, at Westway Christian Church in Scottsbluff. Interment will follow at Sunset Memorial Park in Scottsbluff. There will be no visitation. The family has respectfully requested that in lieu of any flowers, memorials in Cynthia's honor be made in care of the Alzheimer's Research Foundation. Online condolences may be made by viewing Cynthia's memorial page at www.bridgmanfuneralhome.com. Cynthia Ann Darnstaedt Donahue Banghart was born March 16, 1952, in Sidney, NE. She was born to Corliss Arthur Darnstaedt and Marie Tena Weyerts Darnstaedt. She was the oldest of four girls. The family traveled and lived in many places during her childhood in Colorado, Nebraska, and South Dakota; as Corliss was working on building the interstate. She graduated from Scottsbluff High School in 1970 and married her high school sweetheart, Tom Donahue, in 1972. In December of 1975 she gave birth to her first and only daughter named Heather. Cindy married Alvin Banghart in 1981 and had her only son named Charles. She enjoyed gardening, camping, boating, swimming, shooting, and helping her children with various activities, which included teaching Wednesday night activities for the children and serving food at Northfield Church for various events. She was a campfire leader, an Avon lady, a Royal Rangers leader, a VBS cook, a school cook, a shooting sports instructor in 4-H, and served in various positions for her Good Sam's camping group. In her later years she was an avid player of the game cornhole. She passed away peacefully on September 30 with her daughter Heather, son-in-law James, and her friends Bonnie Robinson and Pat Kimberly by her side. She suffered with early onset Alzheimer's and died from the disease. Cynthia is survived by her daughter Heather (James) Jackson, son Charles (Amy) Banghart; sisters Charlotte Johnson, Cheri Fegler, and Carrie (George) Rupp; grandchildren, Ashley Jackson, JT Jackson, Jakoby Jackson, and Summer Banghart. She is also survived by her ex-husband Tom Donahue. She is preceded in death by her parents Corliss and Marie Darnstaedt, husband Alvin Banghart, and grandson Hunter Jackson.
Published by The Star-Herald on Oct. 5, 2021.
To plant trees in memory, please visit the Sympathy Store.
MEMORIAL EVENTS
Oct
6
Service
2:00p.m.
WestWay Christian Church
1701 W 27th, SCOTTSBLUFF, NE
Funeral services provided by:
Bridgman Funeral Home - Scottsbluff
MAKE A DONATION
MEMORIES & CONDOLENCES
Sponsored by Bridgman Funeral Home - Scottsbluff.
1 Entry
Enjoyed Cindy on our Camp Fire adventures
Juanita Baker
October 5, 2021
Showing 1 - 1 of 1 results