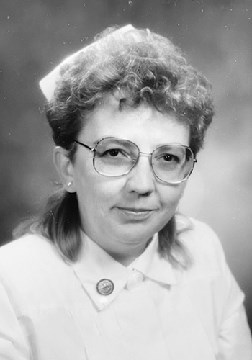 BORN
1953
DIED
2020
Diana Lea (Knaub) McKnight October 20, 2020 Diana Lea (Kna-ub) McKnight, 67, of Phoenix, AZ, went to be with her Lord and Savior on Tuesday, October 20, 2020. She was born on September 21, 1953 in Scottsbluff, NE to LeRoy Knaub and Opal (Connolly). Diana graduated from Scottsbluff Senior High School in 1971. She attended West Nebraska Community College in 1972 (Business Major) and went on to earn a three year dipolima from WNGH School of Nursing in May 1986 and a R.N. BSN from the University of Nebraska Medical Center College of Nursing in May 1995. In September of 1972, Diana married Kenneth Thomas "Tom" McKnight Jr. They were blessed with a daughter, Melissa, and their son-in-law, Jonathan Pfeiffer. Diana and her family moved to Phoenix, AZ in 1995 to enjoy the warm weather. Despite the many illnesses experienced by her husband, daughter and herself, Diana always had a smile and was there to help others providing encouragement in their time of need. She loved staying in touch with her classmates assisting in planning many class reunions and was looking forward to her 50th class reunion in 2021. During Diana's career she worked for Regional West Medical Center, the Aging Office of Western Nebraska, the U.S. Department of Health and Human Services (Indiana Health Services), Arizona Physicians, Lifemark Corporation, the Arizona State Veterans Administration, TriWest Healthcare Alliance and Schaller Anderson. In addition, she taught nursing at Estrella Mountain Community College. Diana is survived by her mother, Opal Knaub, Scottsbluff, NE; uncles, Monte Connolly and Don Knaub, Scottsbluff, NE; son-in-law, Jonathan "Jon" Pheiffer, Phoenix, AZ; sister, Teri (John) Beeman, Scottsbluff, NE as well as numerous nieces, nephews and grand nieces and nephews. She was preceded in death by her husband Kenneth Thomas McKnight Jr., father LeRoy Knaub, daughter Melissa Pfeiffer, father-in-law Kenneth "Ken" McKnight Sr., and mother-in-law Velma Leach McKnight. Cremation has taken place. There will be a memorial service for Diana in Scottsbluff, NE at a later date.
To plant trees in memory, please visit our Sympathy Store.
Published by The Star-Herald on Nov. 22, 2020.
MEMORIAL EVENTS
No memorial events are currently scheduled.
To offer your sympathy during this difficult time, you can now have memorial trees planted in a National Forest in memory of your loved one.
GUEST BOOK
4 Entries
My sympathies to the family. Diane was a wonderful school mate, neighbor and friend. I have fond memories of her and her giving nature, always there for me no matter what. She even came to the hospital in Phoenix when my dad had surgery and sat with me until we knew he was out of the woods. I will cherish all of our fun memories of Dana and I celebrating our shared wedding anniversary with Tom and Diana. How glorious for her to be reunited with her beloved Tom and Melissa. You're in my heart and prayers Sending You much love. Sincerely Lori
Lori Love Jacobs
November 22, 2020
Sending you my thoughts and Prayers in the passing of your daughter Diana
Gari Robinson
November 22, 2020
So sorry to hear about Diana! Prayers and blessings for you all!
Jane Purtzer
November 22, 2020
I am so sorry to hear about Diana passing. God bless you all and I'm so sorry for your loss. My thoughts and prayers are with you.
Dixie Davis
November 22, 2020