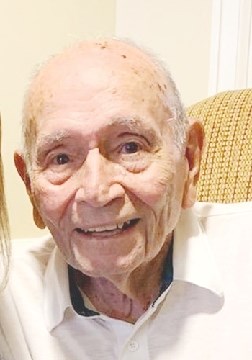 BORN
1930
DIED
2020
Donald "Jack" Thompson November 5, 2020 Donald "Jack" Thompson, 90, of Denver, died on Thursday, November 5, 2020. Private family graveside services were held and memorial services will be held at a later date. Friends may visit www.cantrellfh.com to view Jack's Tribute Wall and leave condolences and stories for the family. Memorials have been established to the Donor's Choice. The services for Jack have been entrusted to the Cantrell Funeral Home. Donald Jack Thompson was born in Banner County, NE on April 28, 1930, the son of Harry and Vergie (Simmons) Thompson. He lived in Banner County until joining the US Air Force in 1948. Jack was married to Beverly Daily in Gering on May 11, 1951. They lived in Indiana for a short time while Jack was stationed there. They moved to Banner County and farmed for 4 years before moving to California where he worked for United Airlines. He was transferred to Denver and continued to work for United Airlines for 38 years until his retirement. Jack and Bev did a lot of traveling over the years and enjoyed several trips to Hawaii. They eventually moved to Florida and then to Kimball. Jack moved to Aurora, CO shortly after Bev died in 2014. He will be greatly missed by family and friends. Survivors include his granddaughters Alena Schaeffer and Jenifer Kolstad; great granddaughters Abbey and Skylar Schaeffer and Sophia Kolstad, all of Colorado. He was preceded in death by his parents, wife, daughter Lana, brothers Bill, Buck, Dick, Jim, Guy and a sister Eula Mann.
To plant trees in memory, please visit our Sympathy Store.
Published by The Star-Herald on Nov. 20, 2020.
MEMORIAL EVENTS
No memorial events are currently scheduled.
To offer your sympathy during this difficult time, you can now have memorial trees planted in a National Forest in memory of your loved one.
Funeral services provided by:
Cantrell Funeral Home
GUEST BOOK
0 Entries
Be the first to post a memory or condolences.