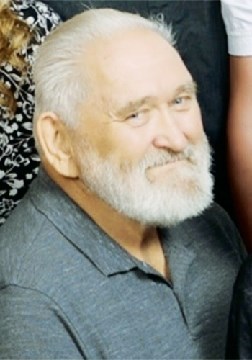 BORN
1952
DIED
2021
Edwin (Ed) Alva Joy September 1, 2021 Edwin (Ed) Alva Joy of Northglenn, CO was called to his eternal home Wednesday September 1, 2021 after a difficult battle with liver disease. A Celebration of Ed's Life will be held Saturday, September 25th 2021 from 2-4 p.m. at the American Legion Hall in Morrill, NE. Ed was born on January 31, 1952 in Scottsbluff, NE to Earl and Frances Joy of Lyman, NE. He attended school in Lyman and graduated with the class of 1970. After High School Ed attended Southwestern Community College in Milford, NE where he earned his degree in Electrical Engineering. He married his loving wife, Laura Colling on July 24, 1978 in Brighton, CO, then moved to Tucson, AZ to begin their life together. Ed and Laura gave the world four beautiful children; Jennifer Erin, Daniel Allen, Nathan Earl, and Janeen Nicole. He spent the majority of his life working as an electrician. First in Tucson, AZ and then in 1992 when the family relocated to Northglenn, CO he continued his career and eventually decided it was time to retire. He enjoyed working with his hands, especially handyman projects. Whether it was tinkering with gadgets, remodeling projects or fixing cars, there was nothing Ed could not figure out. Reading and listening to music were also some of Ed's favorite activities, classic country music and the golden oldies were often at the top of his playlist. After retirement, he often spent his Fridays hunting for bargains at Mile High Thrift Store and buying his weekly Mega Millions lotto tickets. Sharing treasures he found from his bargain hunts was also something he really enjoyed. If you mentioned looking for anything chances were that either he already had it in his stash or he would go hunt that item down for you! He was particularly fond of Taco Town and Jax and he would often make that his first stop when he came "home" to visit his family in Nebraska. Ed always said his kids and grandkids were his biggest loves and his greatest blessings. Ed is survived by his wife of 43 years, Laura; Children & Grandchildren Jennifer (Paul) and Westen Deines of Northglenn, CO; Daniel Joy, of Johnstown, CO, Nathan (Regina) Joy, Alice and Braxton at Andersen Air Force Base in Yigo, Guam, and Janeen Joy of Northglenn, CO. Sister Deloris (Harold) Schillereff of Scottsbluff, NE; Twin Sister Edna (Paul) Curry of Morrill, NE; Brothers Darrell (Ray) Joy of Indiana and David Joy of Riverton, WY. Sisters-in-law Stella, Judith and Dorothy Joy. Also surviving him are several nieces, nephews, great nieces, great nephews and cousins who all loved him dearly. Preceding him in death were his parents, Earl and Frances Joy; brothers Wes, Dale, Jack and Donald Joy. Father and Mother-in-law Jerry and Helen Colling, niece Angela Halstead, and nephews Jason Joy, Brian Joy, and Dale Joy, Jr., sisters-in-law Kathy Joy and Maureen Joy, and many other special family members and friends.
Published by The Star-Herald on Sep. 19, 2021.
To plant trees in memory, please visit the Sympathy Store.
MEMORIAL EVENTS
Sep
25
Celebration of Life
2:00p.m. - 4:00p.m.
American Legion Hall
Morrill, NE
MAKE A DONATION
MEMORIES & CONDOLENCES
5 Entries
Eds family, Our thoughts and prayers go out to all the family. May we all know that he is in a better place with no pain.
George and Lisa Hernandez
Friend
September 26, 2021
Sorry to hear about Ed´s passing away. I did not know Ed, but know Edna and David. Sympathies and condolences to all the family and encouragement to find peace and solace in our Lord Jesus Christ.
Linda smyth
Family
September 21, 2021
We are holding all of you in our thoughts and prayers during this difficult time. Hopefully you will find peace and comfort in all the memories you share together today and in the days to come.
Anne Deines
September 20, 2021
My deepest sympathies to Ed's family.
Jeannie Taylor (Dykes)
September 20, 2021
Thoughts and prayers to family and friends of Edwin. Blue skies gone West.
Keith Blanton
School
September 19, 2021
Showing 1 - 5 of 5 results