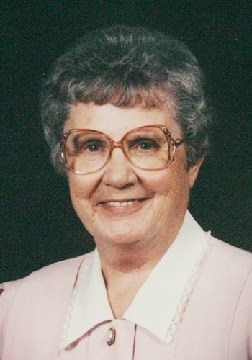 BORN
1927
DIED
2021
FUNERAL HOME
Dugan-Kramer Funeral Chapel
3201 Avenue B
Scottsbluff, NE
Elsie (Hessler) Trupp September 14, 2021 Elsie (Hessler) Trupp, 93, died Tuesday, September 14, 2021, at Emerald Court in Scottsbluff, Nebraska. Funeral services will be at 10:00 a.m. on Monday, September 20, 2021 at Zion Evangelical Church in Scottsbluff with Pastor Andy Griess officiating. There will be a visitation on Sunday, September 19, 2021 at Dugan Kramer Funeral Chapel from 3:00-5:00 p.m. Online condolences may be left at www.dugankramer.com and services are joinable via livestream and a link for that is available on Dugan Kramer's website. Elsie was born on November 4, 1927 at Scottsbluff, Nebraska to Alex and Mary (Stricker) Hessler. She grew up and received her education in the Mitchell Valley area. In 1948, she married Delbert Trupp, her husband for 72 years, and they farmed in the Lyman area for 45 years until they moved to Scottsbluff in 1993. She was confirmed in the Lyman Immanuel United Church of Christ in 1944 and became a member there where she sang in the choir and taught Sunday School. She remained a member until they retired from farming and moved to Scottsbluff where they became members of Zion Evangelical Church in Scottsbluff. Elsie was a dedicated wife and mother who lived her life making sure everyone was well taken care of. Being strong in wisdom, strong in her faith and strong in her convictions, she led by example. This strength will continue in all of us. She is survived by her son and daughter-in-law, Harlan and Beth Trupp and daughter, Sandra Trupp. Grandchildren are Jenny Taylor, Jeremy Taylor, Ryan (Ashley) Trupp, and Monica (Ben) Brezina. Great grandchildren are Baylen and Levi Brezina and Milo and Jonas Trupp. Brothers are Morris Hessler and Marion Hessler and sister is Lorraine Funk. She was preceded in death by her husband, Delbert Trupp, her parents, brothers, Adolf Hessler, Alex Hessler, Jr., Albert Hessler, and Robert Hessler; sisters Leah Reichert, Dorothy Schreiner, and Gladys Yakel. In lieu of flowers, memorials may be given to Emerald Court or Zion Evangelical Church.
Published by The Star-Herald on Sep. 16, 2021.
To plant trees in memory, please visit the Sympathy Store.
MEMORIAL EVENTS
Sep
19
Visitation
3:00p.m. - 5:00p.m.
Dugan-Kramer Funeral Chapel
3201 Avenue B, Scottsbluff, NE
Sep
20
Funeral service
10:00a.m.
Zion Evangelical Church
Scottsbluff, NE
Funeral services provided by:
Dugan-Kramer Funeral Chapel
MAKE A DONATION
MEMORIES & CONDOLENCES
Sponsored by Dugan-Kramer Funeral Chapel.
2 Entries
Aunt Elsie was a wonderful lady. She was a kind and caring person who loved her family and will leave behind many cherished memories. From the Trupp family here in Casper, our sincere condolences to Harlan, Beth, Sandra and their families. God Bless Roger, Janette, Richard, Jeanette, and Connie
Roger Morris TRUPP
Family
September 16, 2021
Else was loved by so many. She was a very dear soul. My condolences go out to her family and friends.
Rhonda Reisig
Friend
September 16, 2021
Showing 1 - 2 of 2 results