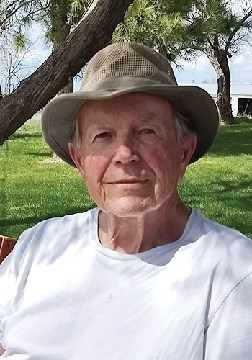 BORN
1942
DIED
2020
Garold Leon Wilburn November 5, 2020 Garold Leon Wilburn was born Sept. 10, 1942 in Los Angeles, CA. to Leon Garold and Twyla (Lessard) Wilburn. The small family left Twyla's hometown for Leon's soon after and Gary grew up in Rapid City, S.D. where he occasionally got into some mischief. Here he cultivated his passion for motorcycles, cars and archery eventually becoming a South Dakota state archery cham-pion in his youth. He met the love of his life - Suzanne Werner - on a blind date set up by some friends, in St. Paul, MN while training to be a mechanic. They wed shortly thereafter. After having two children in Rapid City they followed Leon to Scottsbluff where they opened Wilburn's Transmissions together. After Leon passed away Gary took over the shop and, upon his retirement, his son, Greg, took charge. Gary was always active. He took his young family camping, hiking, snowmobiling, 4-wheeling and exploring all around Colorado and Wyoming. He was an avid amateur photographer and an enthusiastic canoer. He was an excellent marksman and shooting became his passion. In fact, Gary was an IPSC/USPSA handgun national champion, a Nebraska state IPSC/ USPSA champion, a Colorado state IPSC/USPSA champion and a nationally ranked, master class sporting clays competitor. He shot in the Masters International Shooting Championship, one of his proudest achievements. He worked hard, he played hard. He was honest to the core. Anyone who knew him knew he was diligent, organized and always prepared. He was a loving husband and a very patient father who showed his love in everything he did for his family. Dogs adored him and everywhere he went cats would seek him out. In his later years he suffered several losses in a row - first his beloved sister, six months later, his wife, six months later, his brother-in-law. It took a toll. He was diagnosed with Alzheimer's shortly thereafter and his daughter and granddaughter moved in with him the last three years of his life. During this difficult time he still expressed joy at feeding the birds, sitting outside enjoying the views, cuddling with his cats and eating a heaping bowl of vanilla ice cream. Gary will be greatly missed as he was greatly loved. He was preceded in death by his parents (Leon and Twyla Wilburn), his sister, Nancy Larson, his brother-in-law, Ted Larson. He is survived by his children, Stacy Wilson and Greg (wife Kelley) Wilburn and five beautiful grandchildren: Nathan and Connor Wilburn, Scout, Jesse and Maya Wilson and his two nieces of whom he was very fond, Lisa Larson and Renee Cornejo. Gary passed away Thursday, Nov. 5, 2020 due to Covid-19. No services will be scheduled at this time due to the current health mandates that are in place. Please visit www.dugankramer.com for an online memorial tribute and leave any messages of condolences or memories here to be shared with the family. Memorials may be given to Bluffs Shooters, PO Box 481, Scottsbluff, NE 69361 or Friends of Alzheimers/Dememtia PO Box 246 Gering, Nebraska 69341.
To plant trees in memory, please visit our Sympathy Store.
Published by The Star-Herald on Nov. 14, 2020.
MEMORIAL EVENTS
No memorial events are currently scheduled.
To offer your sympathy during this difficult time, you can now have memorial trees planted in a National Forest in memory of your loved one.
GUEST BOOK
1 Entry
My condolences to your family, Kelley and Greg
Cindy Cochran
November 15, 2020