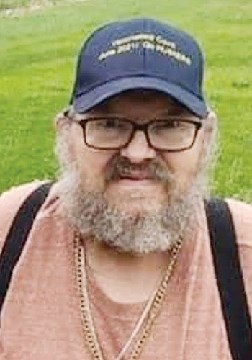 BORN
1954
DIED
2021
FUNERAL HOME
Dugan-Kramer Funeral Chapel
3201 Avenue B
Scottsbluff, NE
Garry Lynn Miller August 27, 2021 Garry Lynn Miller, 67 passed away suddenly on Friday, August 27, 2021. He was born on February 2, 1954 in McCook, Red Willow, Nebraska to Charles Edward and Mary Elsie (nee Dike) Miller. He graduated from Maywood High School in 1972 and shortly thereafter started working at the Kelly Bean Company, in Scottsbluff, NE, where he would labor for 44 and a half years before retiring in 2018. Garry was the third of five children born and is survived by an older brother Richard of Lincoln, NE; his twin brother Larry of Gillette, WY; and a younger sister Norma of Scottsbluff, NE. Preceding him in death were his parents, Charles and Mary Miller; sister Catherine. Garry never married, but was a "Dutch Uncle" to many. A memorial service will be held in Scottsbluff, NE (TBD) around August/September 2022, as per his request to have a Celebration of Life Ceremony one year from the date of his death. Garry was a gentle giant of a man and would do his best to help others in any way possible. I can't recall a derogatory word ever spoken about him which is a testament to his personality. His loss to this world can't be measured by any standards, because the loss is too great to comprehend. He will be dearly missed by all who knew him. Any contributions can be sent to: Dugan-Kramer Funeral Home & Crematory in his name.
Published by The Star-Herald from Sep. 8 to Sep. 9, 2021.
To plant trees in memory, please visit the Sympathy Store.
MEMORIAL EVENTS
To offer your sympathy during this difficult time, you can now have memorial trees planted in a National Forest in memory of your loved one.
Funeral services provided by:
Dugan-Kramer Funeral Chapel
MAKE A DONATION
MEMORIES & CONDOLENCES
Sponsored by Dugan-Kramer Funeral Chapel.
0 Entries
Be the first to post a memory or condolences.